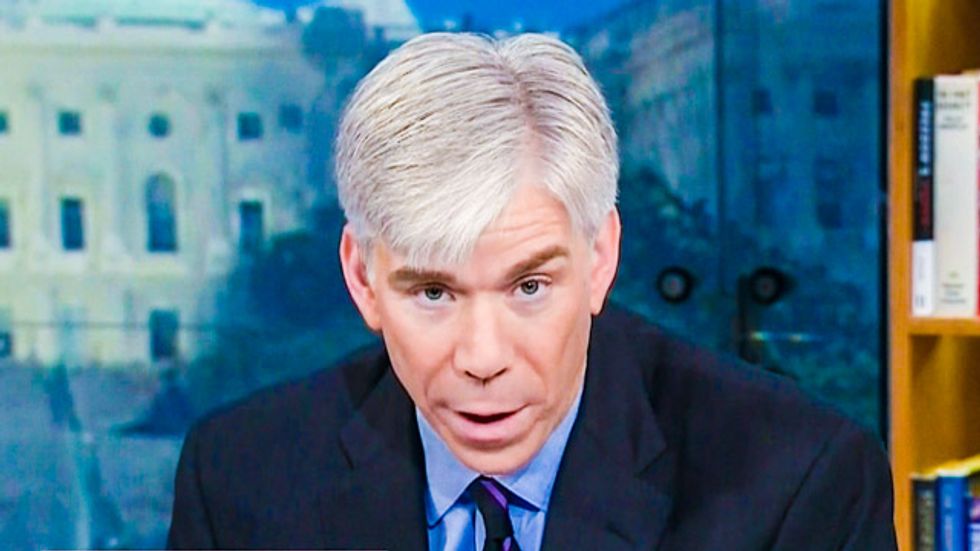 David Gregory unloaded on how the Trump White House has handled itself during a CNN panel on Tuesday, and he said that Trump had reduced the most powerful office in the United States to little more than a "joke."

When discussing the latest batch of chaos emerging from the Oval Office -- including most recently the firing of White House Communications Director Anthony Scaramucci after just ten days on the job -- Gregory slammed Trump for leading a disorganized administration that's consumed by infighting and petty power struggles.

"I just think it's been a joke, the behavior within the White House," he said. "I mean, the lie from the president that as a business leader he was going to come in and run a great organization like his own organization, and then he has this nonsense. Scaramucci acting like this is seventh grade home room, instead of the West Wing and the presidency. I mean, really a joke."

Gregory said that new Chief of Staff John Kelly had the potential to instill some more discipline within the White House, although he said that he was skeptical anyone could make the administration less chaotic as long as Trump is still in charge.

"Let's see... the evidence of him actually using [power] on issues that matter," he said. "Real problems, like North Korea, things like that. not this nonsense about gossip."

'Really a joke': David Gregory nails Trump for... by sarahburris