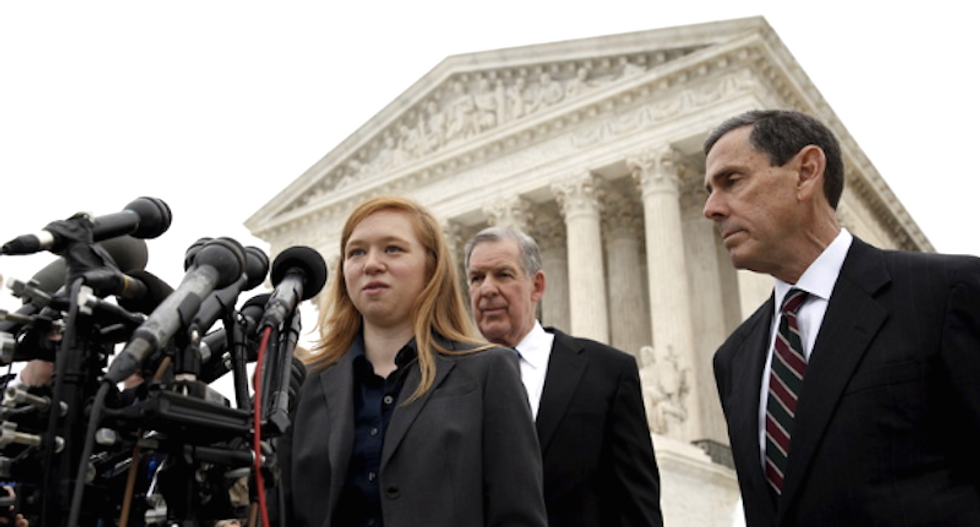 First reported by The New York Times, the proposal has met resistance among career lawyers within the department, which has mounted an effort to find volunteers to staff the investigation, said a source familiar with an internal announcement.

Affirmative action programs in higher education were meant to address America's historic racial discrimination problem. The Supreme Court has ruled that universities may use affirmative action in admissions policies with the aim of helping minority applicants get into college.

U.S. conservatives have said that in helping black and Latino applicants, affirmative action can hurt white people and Asian-Americans by putting them at a disadvantage.

In 2016, the Supreme Court upheld a racial preference system at the University of Texas at Austin, rejecting a discrimination claim brought by a white women, Abigail Fisher, who was denied entry to the university in 2008. There are pending lawsuits against Harvard University and the University of North Carolina.

"The idea that the Justice Department would sue colleges over their inclusive policies is an affront to fairness and sends a dangerous signal that it will no longer work to protect the most vulnerable," said Dennis Parker, director of the American Civil Liberties Union's Racial Justice Program."It would mark an alarming shift in direction that threatens the hard-fought progress made by civil rights advocates and the department itself over the past decades," he added.

Sherrilyn Ifill, president of the NAACP Legal Defense and Educational Fund, said allocating resources to investigate college admission programs would be a waste of taxpayers' money.

According to the U.S. Census Bureau, 61 percent of the 323 million people who live in the United States identify as non-Hispanic white. Eight of the 50 U.S. states ban affirmative action in public universities.

Several major U.S. universities said they would be carefully watching any administration moves on the issue.

“We will closely review any DOJ policies as they are released,” said J.B. Bird, a spokesman for the University of Texas at Austin, which on Monday was sued again over its admissions policies.

On the probe, Trump spokeswoman Sarah Sanders questioned the Times article and said: "While the White House does not confirm or deny the existence of potential investigations, the Department of Justice will always review credible allegations of discrimination on the basis of any race.”