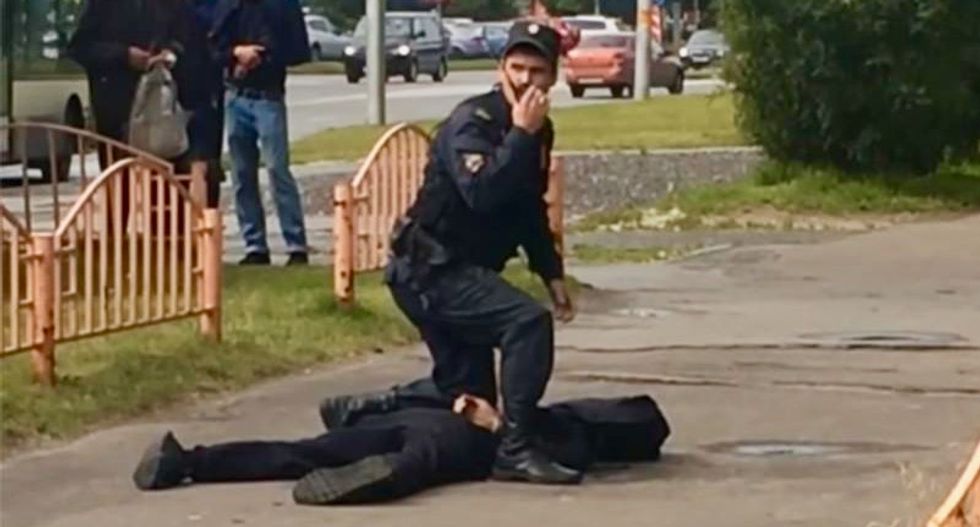 A man stabbed seven people on the street in Russia's far north Saturday before being shot dead by police but investigators said that his motive was most likely not terrorism. The incident took place on Saturday morning in the city of Surgut, where the man "carried out attacks on passers-by, causing stab wounds", said Russia's Investigative…