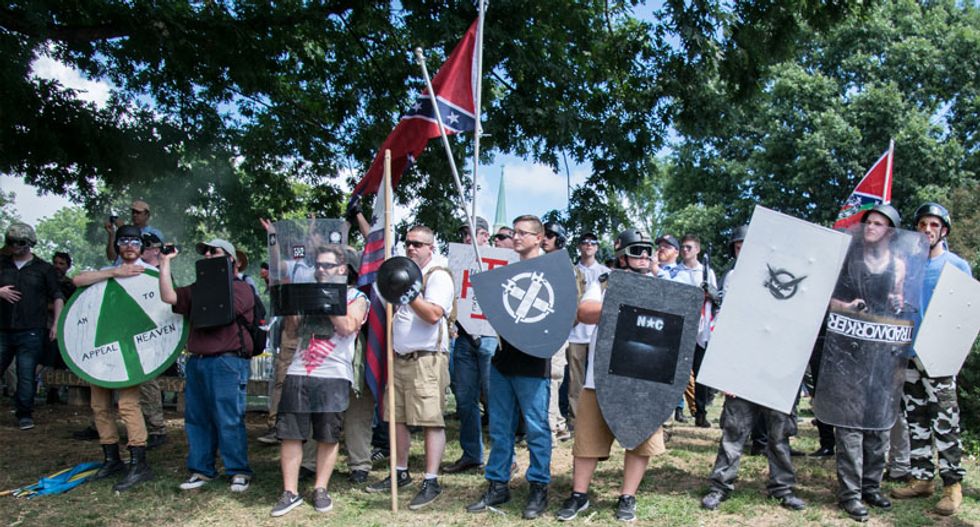 Cities across the country are debating the best response to far-right rallies following the deadly "Unite the Right" rally in Charlottesville, VA.

With government efforts to stop the rally stymied by the Trump administration, San Francisco residents are organizing to have the rally site covered in dog feces.

"Leave a gift for our Alt-Right friends," suggests a Facebook event that has gone viral. "Take your dog to Crissy Field and let them do their business and be sure not to clean it up!"

Patriot Prayer rally organizer Joey Gibson has disavowed any association with white supremacists or neo-Nazis. "We have 10 speakers now, and out of them, we have one white male speaking," he noted.

There are over 700 people who have said they will be attending and over 4,000 more are interested in the event.

A dog feces response could be overwhelming in city famous for having more dogs than children.

"It’s been a frustrating six months under this new administration and the events of the last week seem to be leading to more inevitable violence,” the organizer told SF Weekly. “I was walking my dogs and was thinking about what a great act of civil disobedience it would be to come in the day before and cover the location of the alt-right rally with tiny land mines of poop."

The group "Patriots Prayer" is organizing the August 26 rally. One of the featured speakers is the notorious "Based Stickman" Kyle Chapman, an alt-right icon.

Chapman may be unable to attend as he is being arraigned the day prior to the rally on felony charges that could result in a prison term of up to eight years.

The dog poop protest isn't the only planned response, there is a dance counter-rally at the nearby Marina Green Park.

“No matter what the names are — whether it’s the KKK, white nationalists, neo-Nazi — these groups promote racism, they promote hate, they promote violence, they promote all the things that we are against here in San Francisco," San Francisco Supervisor London Breed explained. “You are not welcome here. Don’t come to San Francisco. We’re going to do everything we can to stop you.”