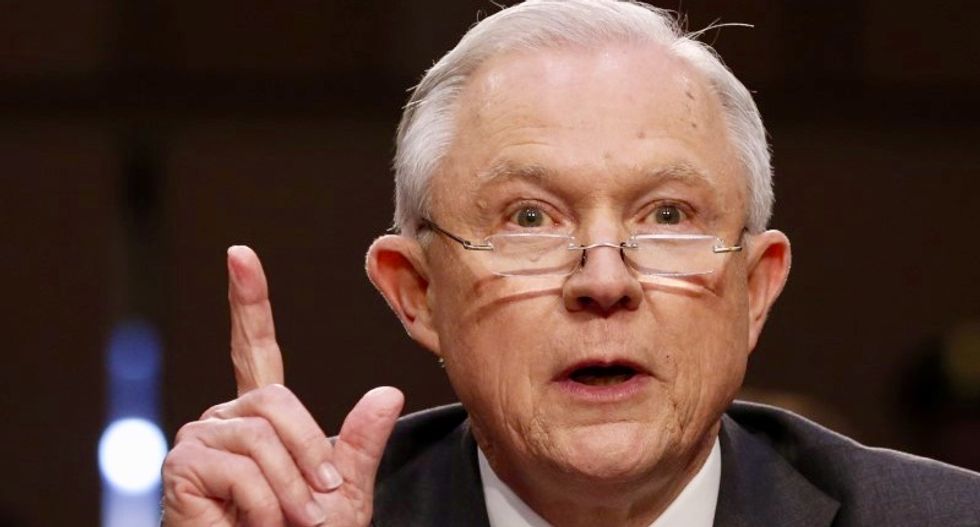 U.S. Attorney General Jeff Sessions on Wednesday strongly criticized the city of Chicago's political leadership, citing its so-called sanctuary policies as an example of the breakdown of law and order in the country.

Sessions has begun imposing new restrictions on some law enforcement grants to cities that decline to use municipal resources to enforce federal immigration laws. Chicago, along with the state of California and city of San Francisco, sued this month over those conditions.

President Donald Trump frequently criticizes Chicago and its high murder rate, and cracking down on illegal immigration was a theme of his 2016 presidential campaign. Democratic city and state leaders argue that sanctuary policies build trust between immigrant communities and law enforcement, which helps deter crime.

In a speech in Miami, Sessions praised leaders of Miami-Dade County for complying with requirements that allow federal immigration authorities access to detainees in local jails. Chicago's refusal to do the same has made it a haven for predators and drug dealers, Sessions said.

"Respect for the rule of law has broken down," Sessions said. "In Chicago, I suggest, the so-called 'sanctuary' policies are just one sad example."

Chicago Mayor Rahm Emanuel said in a statement the city "will not cave" to federal officials.

"In a week in which the Trump administration is being forced to answer questions about neo-Nazis, white supremacists, and the KKK," Emanuel said, "they could not have picked a worse time to resume their attack on the immigrants who see America as a beacon of hope."

Sessions said Miami-Dade County's homicide count is barely a third of what it was in the 1980s, and this year Chicago has more than three times as many as Miami-Dade does. The county includes the city of Miami and surrounding areas, and is similar in population size to Chicago.

Immigration advocates say there is no correlation between immigration and violent crime. Los Angeles, which also has embraced sanctuary city policies, has seen a sharp drop in homicides since they reached a high in the early 1990s.

In 1992, 1,094 people were killed in the city, according to the FBI's Uniform Crime Reporting statistics. In 2016, the Los Angeles Police Department reported 294 homicides.

Chicago police superintendent Eddie Johnson said in a statement that shootings are down 16 percent this year, and that undocumented immigrants are not driving violence in the city.