‘Some of us live in a factual universe’: CNN's Ana Navarro slaps Trump surrogate over cratering poll numbers 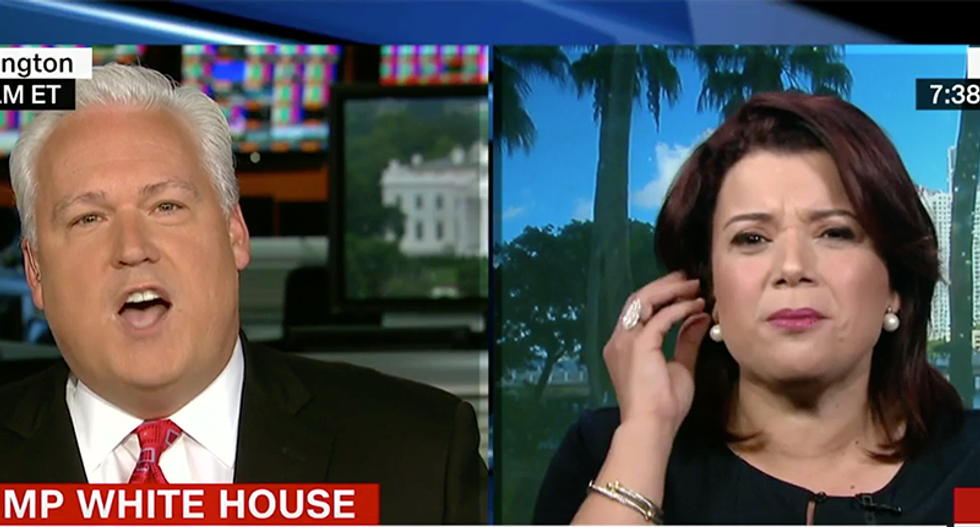 A CNN panel went off the rails on Tuesday's "New Day" when conservative Matt Schlapp did whatever he could to avoid talking about President Donald Trump's failing poll numbers.

When asked about the numbers, Schlapp said he would have to “check the poll,” and from there he pivoted to questioning the “science” behind climate change and celebrating “science” around abortion.

"I don't see the legitimacy of your premise," host Chris Cuomo said at one point.

Republican commentator Ana Navarro called out Schlapp for what he was doing.

"You're trying to make the segment about something that it isn't even about," she accused.

She went on to pivot back to the CNN poll that shows only one in four Americans trust Trump, who she called a liar. Schlapp was so overcome by the accusation he accused all media of calling him and Trump supporters liars.

"You've talked abortion, you tried to make it about science," Navarro said. "It's about the fact the president of the United States goes out and lies either by Twitter or in person daily. Last week he told us he had phone calls he did not have with people who did not call him on the phone! Who he claimed told him things they did not tell him! That is a lie! Some of you may choose to believe 'alternate facts' and live in another universe. Some of us choose to believe in a factual universe."

"But he lies!" Navarro slammed. "He is a compulsive, pathetic, daily, liar! ... that's the definition of a lie. It's a good one. I think you show own it."

“You need to relax,” Schlapp said.

‘Some of us live in a factual universe’: Ana... by sarahburris