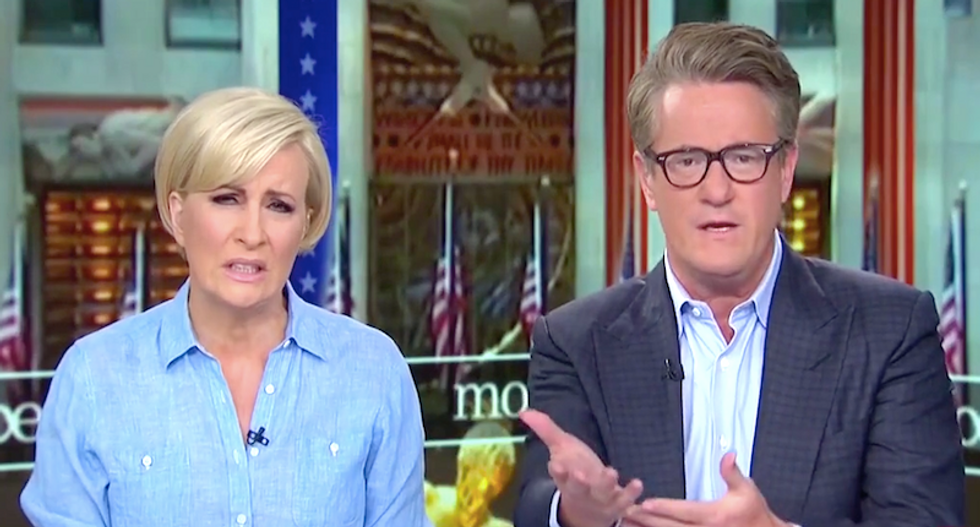 A "Morning Joe" panel reacted in disgust to a new lawsuit alleging the White House helped Fox News push a bogus story about the murder of a DNC staffer.

Sean Spicer confirmed Monday that he met with a wealthy Republican donor and a Fox News contributor in April to discuss the story, despite telling reporters as White House press secretary that he knew nothing about the report -- which aired May 15 and was retracted days later.

Co-host Mika Brzezinski said lying can be against the law, depending on the audience, and the rest of the panel agreed efforts to promote conspiracy theories about slain DNC aide Seth Rich -- against his family's wishes -- were unconscionable.

"The level of cruelty in this story is exceeded only by the level of malice in pushing it and forwarding it," said MSNBC's Mike Barnicle.

The suit claims President Donald Trump personally signed off on the story, and wanted it rushed to air ahead of what would be his most damaging week yet as president.

"That tells you everything you need to know about the people right up to the top," Brzezinski said.

Co-host Willie Geist pointed out the discredited story aired on mainstream news, in addition to darker corners of the internet, and heavily promoted by Fox News personalities as Rich's family begged them to stop.

"That is sick," Brzezinski said.

Jim VandeHei, co-founder of Axios and Politico, said the episode shows how the White House uses disinformation to push their agenda and confuse the opposition.