‘There’s nothing to respect’: Morning Joe explains why it's 'political gold' for GOP to disavow Trump 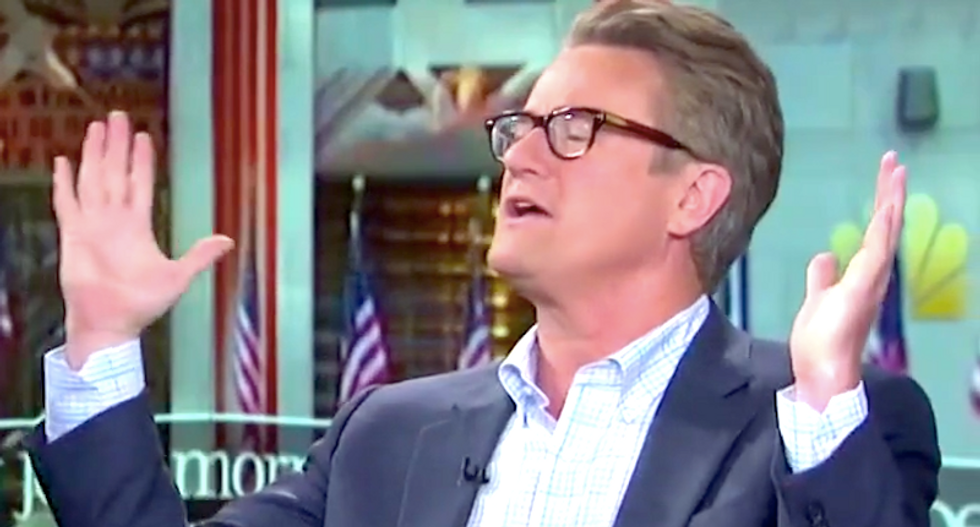 The "Morning Joe" host said GOP lawmakers could distance themselves from Trump as president but still back his conservative agenda, and he said Republican voters would continue to back them.

Sen. Jeff Flake (R-AZ), who consistently votes for Trump's agenda, strongly criticized the president and hinted at impeachment -- which Scarborough agreed was simply good politics at this point.

"Here's what some of these Republican senators don't understand," Scarborough said. "When you show courage, people are drawn to it -- drawn to it like people hungry for water in the desert."

He said Flake hadn't even taken a risk to come out against Trump, while continuing to back the GOP agenda -- and he offered a script to Republican defectors.

"The widest lane in American politics is the Republican that stands up like Jeff Flake and says, 'I'll vote with him, but it doesn't mean I have to like him, and it sure as hell doesn't mean I have to respect him, because I don't,'" Scarborough suggested Republicans could say. "'There's nothing to respect there, other than the fact that he raised some good kids.' You say that -- and I know, I went after (Newt) Gingrich in my district when he was really popular."

"It's gold, it's political gold, and only Flake has figured that out," he added.