‘They try to answer your questions for you’: Trump fans explain why they hate ‘fake news’ 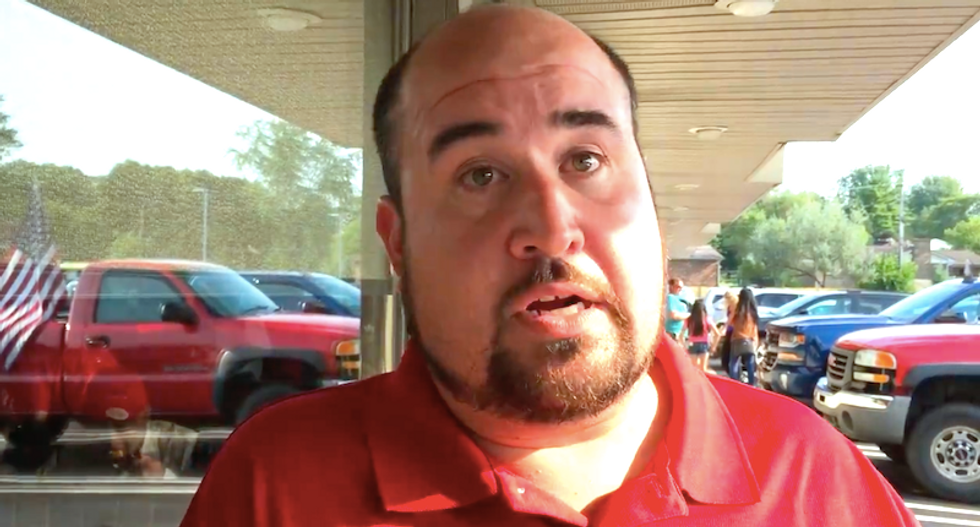 President Donald Trump has turned his supporters against the media so thoroughly that they've come to regard standard journalistic practices as evidence of "fake news."

About 90 Republicans gathered this week at Dave & Amy’s diner in White Lake, Michigan, where they complained the media intended to undo the election results by focusing on bad news from the Trump administration, reported The Detroit News.

“It seems to be a one-sided story all the time,” said firefighter Tim Rugg. “With President Trump, they’re continually beating, pounding. It’s just seems like they’re working for someone to try to undo what we wanted for America.”

Rugg was asked to describe "fake news" -- as Trump has dismissed media outlets that aren't as openly deferential to him as Fox News -- and he was happy to oblige.

“Yellow journalism, but we're calling it fake news just to keep it simple for everybody," Rugg told the newspaper. "I honestly think there's a silent coup going on to remove President Trump from office.”

Some supporters mistrusted the fundamental role of the press to provide information to the public.

"I watch a lot of the news outlets and all that, and they actually almost try to answer your questions for you," said Trump supporter John Brewster. "They try to tell you how you think. I think it is a swamp -- or a sewer, as he called it -- and that's on, I hate to say it, that's on the Republicans and the Democratic side. I know I'm supposed to be 100 (percent) rah-rah-rah Republican, but I feel like he's not getting help from both sides because he is actually trying to clean it up in there. I feel like he speaks for us."

Another Trump supporter said "fake news" was more pernicious, that editors subtly undermined the president by following the traditional "if it bleeds it leads" format for story placement.

“It’s the stories they choose to run and how they play them,” said Trump supporter Richard George. “The negative stories go to the top, and they ignore the positive stories.”

These Trump supporters told The Detroit News there's plenty of good news to report from the White House, although they didn't offer many specifics.

“If you look what he’s accomplished in the short time he’s been in office, it’s incredible,” says Rosanne Ponkowski, president of the Michigan Conservative Coalition.

They generally agreed that media coverage of Trump had validated their votes.

“Under the extraordinary and historical attacks and sabotage to take this president down, I think he’s doing great,” said Trump supporter Polly Kingsley. “I can’t imagine anybody else facing this kind of pressure and still accomplishing what he’s accomplishing.”