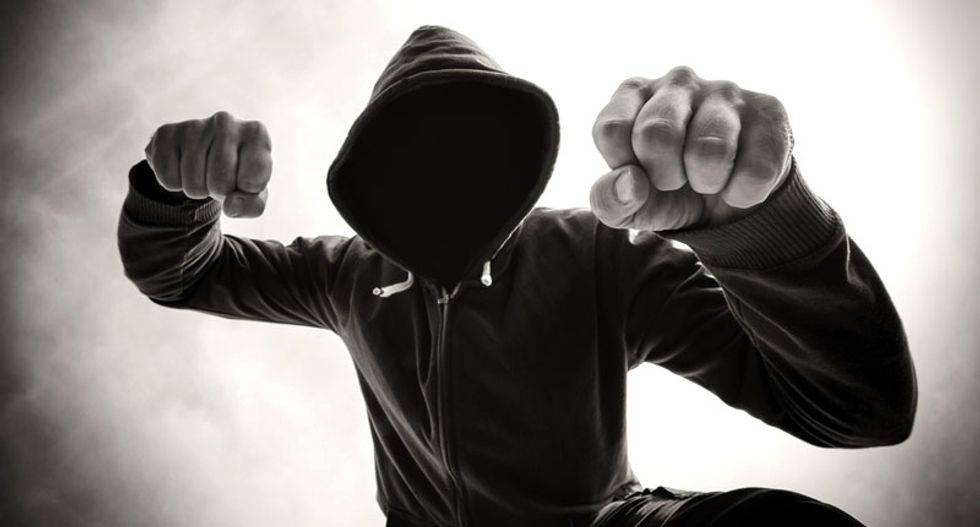 Being punched and mugged by violent man in hooded jacket. (Shutterstock)

A Muslim couple was attacked last week in a suspected hate crime in Maryland.

The couple said they were walking to a neighborhood park in Rockville when a man overheard them speaking Arabic and began hurling anti-Muslim slurs at them, reported WTTG-TV.

"I was talking, speaking in my language and then I hear the voice come from here and then when I turn he attacked me directly on my face, on my neck," said the man, who asked to remain anonymous in news reports.

He said the assailant put him in a headlock and pulled him to the ground, causing superficial injuries to his face and neck.

Police are investigating the attack as a hate crime, but no suspect has been identified.

"I like this country," the victim said. "I dream to come to this country to live here, but now, to be honest, I am still here (and) I love this country, but it's scary. This makes you scared."

The Council on American Islamic Relations has offered a $1,000 reward for information leading to an arrest.