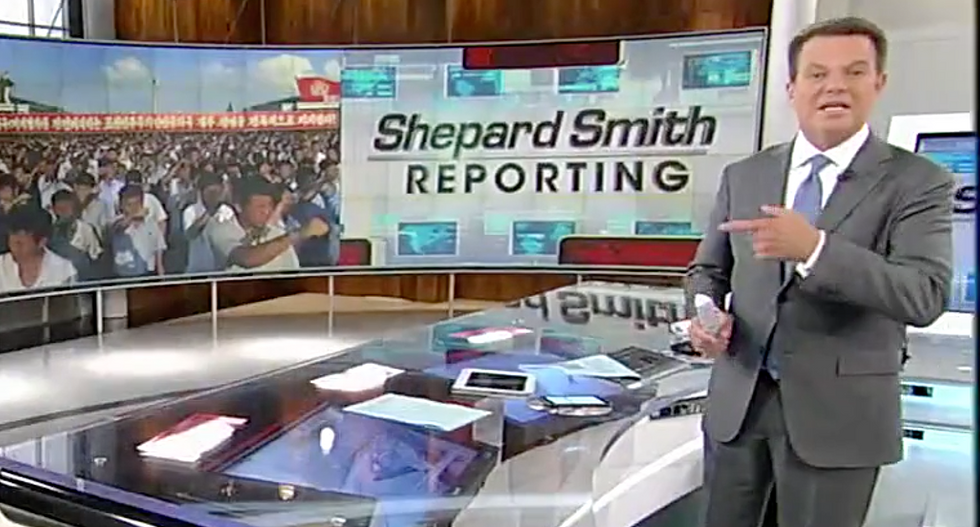 Fox News’ Shep Smith on Thursday delivered a sarcastic report on a North Korea protest of the United Nations’ unanimous decision to sanction the rogue nation, mocking the country’s propaganda posters and pointing out the country’s citizens were likely forced to attend the assembly.

“Tens of thousands of people in North Korea gathered in Pyongyang Square, protesting the United Nations’ latest round of sanctions,” Smith began. “Now we don’t believe people just show up and do things, usually they get a little, ya know, coaxing from the government.”

“With that as an aside, here are some pictures coming out of there,” he continued, displaying a montage of videos and photos from the regime.

“As you can hear, the bands are playing, and it’s all very, very… that,” Smith said. “Fists raised in solidarity with the dictator Kim Jong-un.”

“Which just rolls right off the tongue,” he dryly added.

Moving to another poster that read “Strike the United States with nuclear thunderbolt,” Smith added his own flair to the North Korean propaganda. “Thunderbolt and lightning, very very frightening,” Smith joked.

“Of course, the freedom of speech is prohibited in that rogue nation, you don’t have freedom of speech,” he continued. “Workers probably had very little say whether they attended this thing, but they’re all there together.”