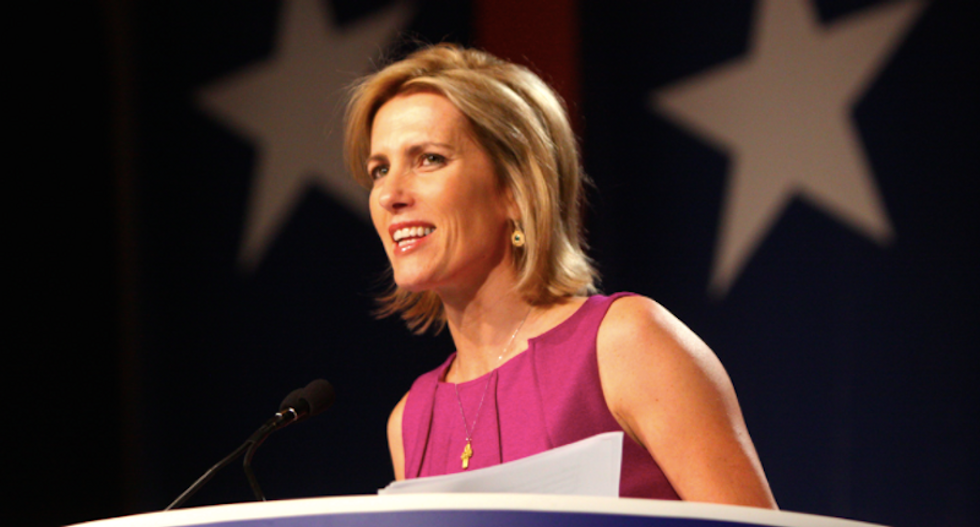 The CEO of LifeZette, the politics and culture website founded by conservative talk radio host Laura Ingraham, repeatedly makes sexually suggestive comments about women employees, according to a labor complaint.

Seven sources singled out the site's chief executive, Peter Anthony, as the main reason LifeZette is an uncomfortable place for women to work, reported The Daily Beast.

“[Anthony] is a really gross, skeezy guy that I don’t think anybody at the company had faith in," said one former employee. "A total creep to women in the office."

Byron Martinez, the site's former broadcast engineer and IT administrator, recalled Anthony “talking about other women’s boobs, butts … how he would desire sexual activities with [female colleagues] and stuff like that … All kinds of inappropriate talk about women in the office.”

Other current and former employees said Anthony gossiped loudly in the office about women who worked there, frequently to former senior editor Joseph Curl.

“Is it just me or are [a female colleague’s] t*ts getting bigger?” one source said, adding that Anthony said another colleague “looks like a b*tch. If she smiled more she’d be sexier.”

Sources also told The Daily Beast that Anthony, a longtime friend of Ingraham's, pressured staffers into drinking shots of liquor and company happy hours and called them a "p*ssy" if they refused -- which Curl, the former senior editor, disputed.

“So, Houston is under water, North Korea's firing missiles over Japan, the cost of health care has tripled under Obamacare, and you’re writing about -- LifeZette happy hours? No wonder so many Americans despise the media. Your ‘story’ is less than fake news — it’s utter bullsh*t," Curl said in an email.

The Daily Beast pointed out that reporters did not mention the happy hours during the email exchange, which suggested Curl had spoken to one of the sources about the report.

LifeZette, which Ingraham founded in 2015, is beset by multiple problems.

Its traffic is low, with barely more than 10,000 daily visitors last month, and its former employees filed a labor complaint aimed at its payroll practices and workplace environment.

MArtiznes complained he was not always paid in a timely fashion and was not given pay stubs, and staffers complained Anthony made sexist and racist comments in the workplace.

One source told The Daily Beast that Ingraham and Anthony promoted a "kooky work environment" characterized by "chaos."

Ingraham declined to comment for The Daily Beast report, but Anthony denied all allegations.

“The questions you put to me are false,” Anthony told the website. “I stand by LifeZette’s record as a company. Since we’ve been in business we’ve never had a single complaint about misconduct, inappropriate behavior, unsafe work environment, or lack of professionalism by any staff. These are things we take very seriously at every level. We treat our employees both current and former with the utmost respect.”

“I don’t know how or if they’re making actual money,” said one former employee.