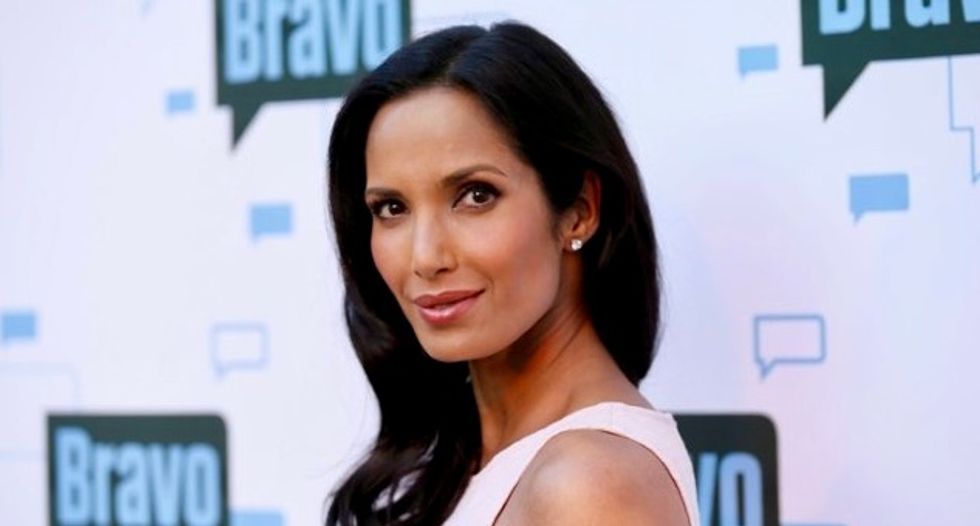 Closing arguments are set for Thursday in the trial of four Teamsters union members in Boston charged with trying in 2014 to extort jobs from a production company filming "Top Chef" through thug tactics that included threatening host Padma Lakshmi.

The arguments in Boston federal court follow testimony by Lakshmi and crew members on the Bravo network cooking competition show about how Teamsters threatened them and yelled racial and homophobic slurs at a filming location.

Prosecutors claim the Teamsters were trying to secure wages for unnecessary services as drivers during the filming of "Top Chef," which had hired non-union workers for those positions while filming throughout the Boston area.

Lawyers for Daniel Redmond, John Fidler, Robert Cafarelli and Michael Ross said the Teamsters Local 25 members were engaged in legitimate picketing as the union tried to negotiate to secure jobs.

They have pleaded not guilty to conspiracy and attempted extortion charges.

Prosecutors said that on June 5, 2014, Redmond approached the show's crew while it was filming at a hotel, demanded union members be hired as drivers and told a producer to call Mark Harrington, his union supervisor.

They said several locations withdrew from participating in the show after the union threatened to picket them, prompting production company Magical Elves to film at the Steel & Rye restaurant in the suburb of Milton that June 10.

Harrington, Redmond, Fidler, Cafarelli and Ross showed up at the restaurant and members of the group chest-bumped and threatened crew members and blocked food deliveries, prosecutors said.

Witnesses have testified that some Teamsters also swarmed a van bringing Lakshmi to the set. Prosecutors claim that included Fidler, who they said stuck his arm into her van and said, "I'll smash your pretty little face."

"I could feel my heart beat in my chest, like when you're scared as a child," Lakshmi testified on Monday.

Harrington was sentenced in December to six months in prison after pleading guilty in the case.

The case has drawn intense attention after prosecutors said a member of Mayor Martin Walsh's administration - Kenneth Brissette, the city's head of tourism - withheld permits to push the production company to hire Teamsters.

Brissette has pleaded not guilty to separate charges he tried to withhold city permits for a music festival using non-union workers. Walsh, a Democrat and former union leader, has said he expects his administration's members to obey the law.

(Reporting by Nate Raymond in Boston; Editing by Andrew Hay)