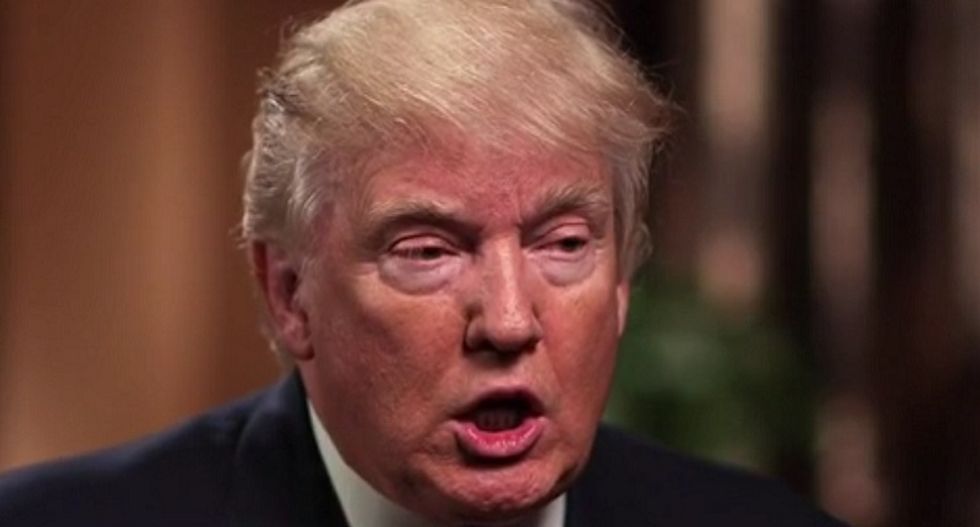 President Donald Trump on Tuesday morning mysteriously re-tweeted a man who called him a fascist.

In response to a Fox News story about Trump possibly pardoning disgraced former Arizona Sheriff Joe Arpaio, Twitter user Mike Holden wrote that he wasn't surprised that Trump would do such a thing because "he's a fascist."

Trump proceeded to retweet both the Fox News story -- and the response tweet that called him a fascist. 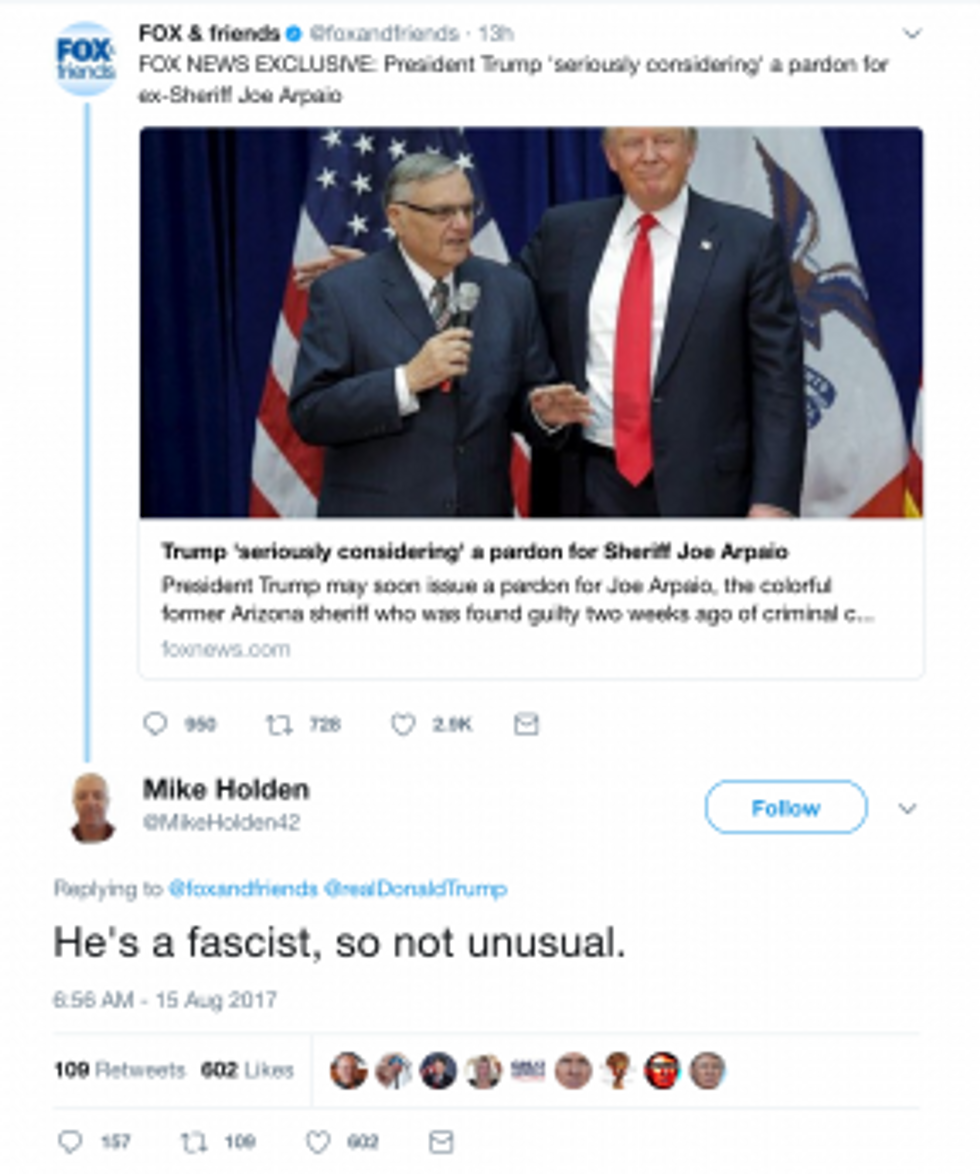 Within minutes, Trump undid his re-tweet of Holden's remarks, which most likely means he sent out the tweet by accident.

Trump also deleted a re-tweet of a user who sent out a meme showing a train with Trump's name on it running over a CNN logo. 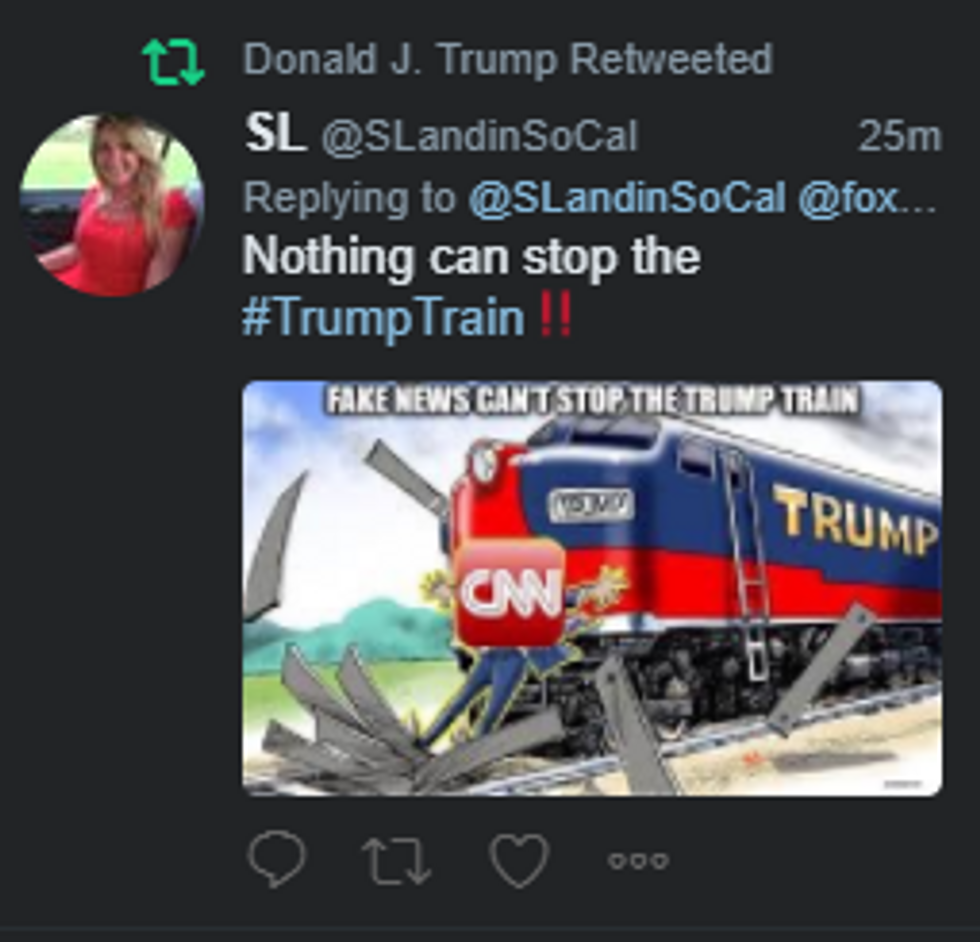