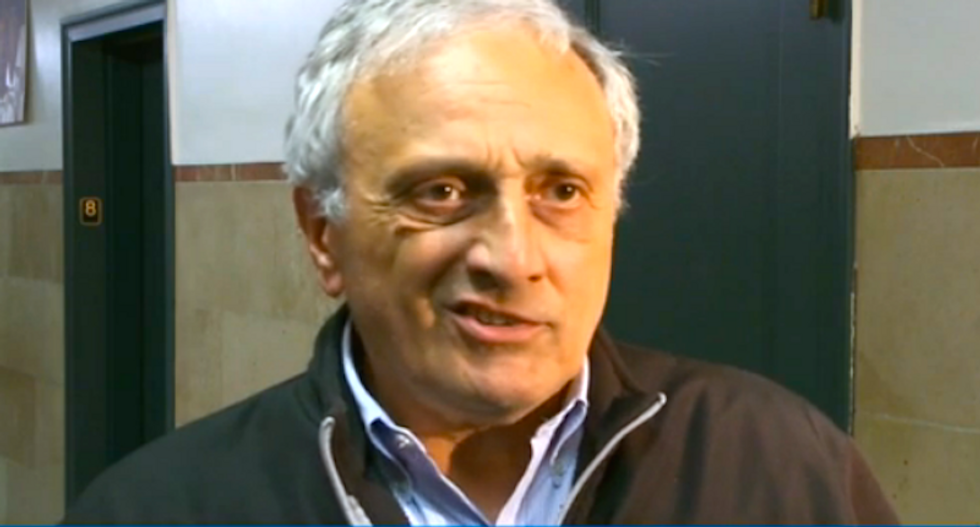 After his racist tirade against Michelle Obama, School Board President Barbara Seals Nevergold went off on the former Donald Trump campaign co-chair. She told him at the time, "you're fired," though it was the State Education Commissioner who actually made it happen, according to the New York Daily News. The board then worked to oust Paladino formally.

The decision came Thursday from State Education Commissioner MaryEllen Elia, who approved the request from the board that Paladino be removed from the system

Paladino, who co-chaired Donald Trump’s New York campaign, crafted a 2017 “wish list,” that included the hope that President Barack Obama die from mad cow disease, Michelle Obama “return to being a male” and live with a gorilla in an African cave.

“Obama catches mad cow disease after being caught having relations with a Herford,” he wrote of what he would “most like to happen in 2017.”

“[Obama] dies before his trial and is buried in a cow pasture next to Valerie Jarret, who died weeks prior, after being convicted of sedition and treason, when a Jihady cell mate mistook her for being a nice person and decapitated her,” he added.

Oddly, Elia’s decision and the request wasn’t about the derogatory and racist comments. It was that Paladino wrongly disclosed information from an executive session.

“The record demonstrates that respondent disclosed confidential information regarding collective negotiations under the Taylor Law which he gained in the course of his participation as a board member in executive session, and that his disclosures constituted a willful violation of law warranting his removal,” Elia said in a statement.