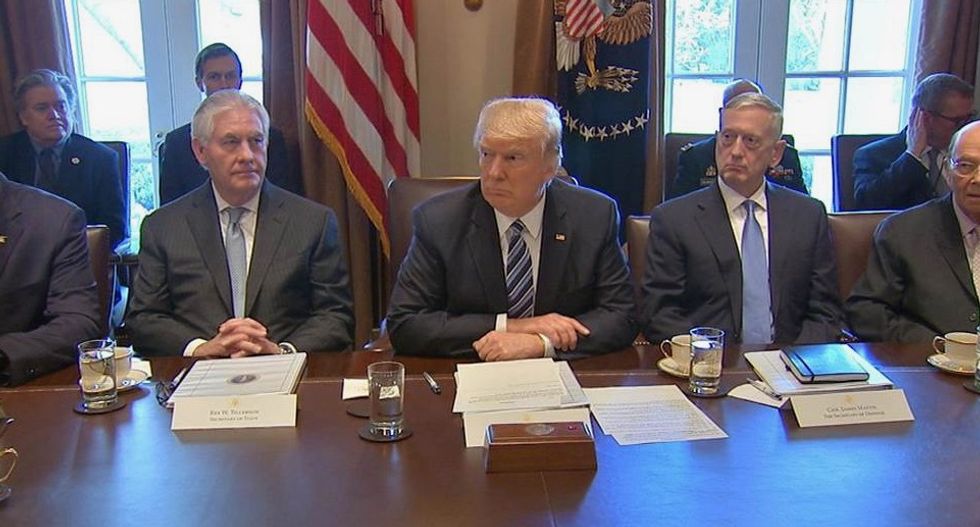 President Donald Trump could have likely had enough votes in the Senate to repeal Obamacare if he'd heeded advice to place a Democrat on his Cabinet.

Senate Republicans heavily lobbied Trump to put a red-state Democratic senator on his cabinet in hopes of getting a GOP replacement, but he ignored their advice, reported Axios.

Republicans urged Trump to tap Sen. Heidi Heitkamp (D-ND) as secretary of agriculture, because North Dakota Gov. Doug Burgum, a Republican, could have helped ensure a GOP successor through a special election.

A Republican strategist close to the transition process told Axios that putting a red-state Democrat on the Cabinet could have gotten Trump crucial votes -- and laid some of the blame at the feet of former chief of staff Reince Priebus, who was unable to change Trump's mind on creating an all-GOP Cabinet.

"In short, if [Gen. John] Kelly — or someone of equal strength — was the Chief of Staff in January, Obamacare would be repealed today," the strategist said by email. "And who knows what else may already be accomplished."