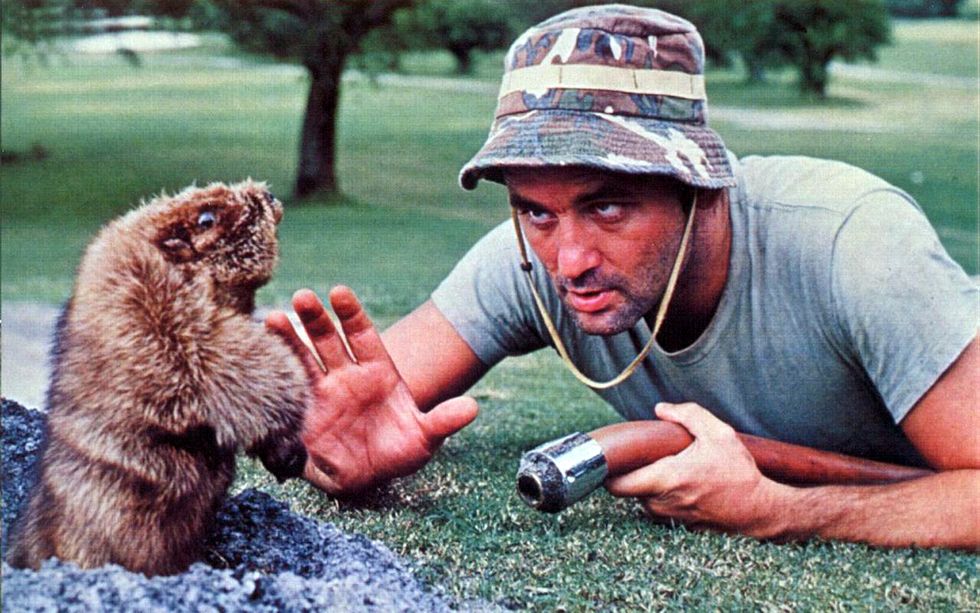 Bill Murray faces off against a gopher in the 1980 movie 'Caddyshack' (Screen cap).

One of President Donald Trump's prized golf courses seems to be suffering from some kind of varmint infestation.

The Daily Breeze reports that it spotted groundskeepers at Trump's Rancho Palos Verdes golf course this week driving around while holding up a rifle and taking aim at some kind of animals in the area.

"At Trump National, the rifleman — ostensibly a groundskeeper — was ushered around the 18-hole course in a golf cart as he took aim at various points," the local newspaper reports. "A gopher or gophers were the likely target because the critters often wreak havoc on golf courses. But it’s not clear what ammunition was fired, what safety precautions course officials took or whether staff should have been allowed to heft such firepower against a gopher in the first place."

The Washington Post reported last month that the Trump National Golf Course Los Angeles has faced a 13 percent year-over-year drop in greens fees since the start of the year.

Additionally, the course has seen charities flee as they look for less controversial venues to hold their charity tournaments. What’s more, the course has not hosted any weddings since last November’s election, despite the fact that it used to be a popular destination for receptions.