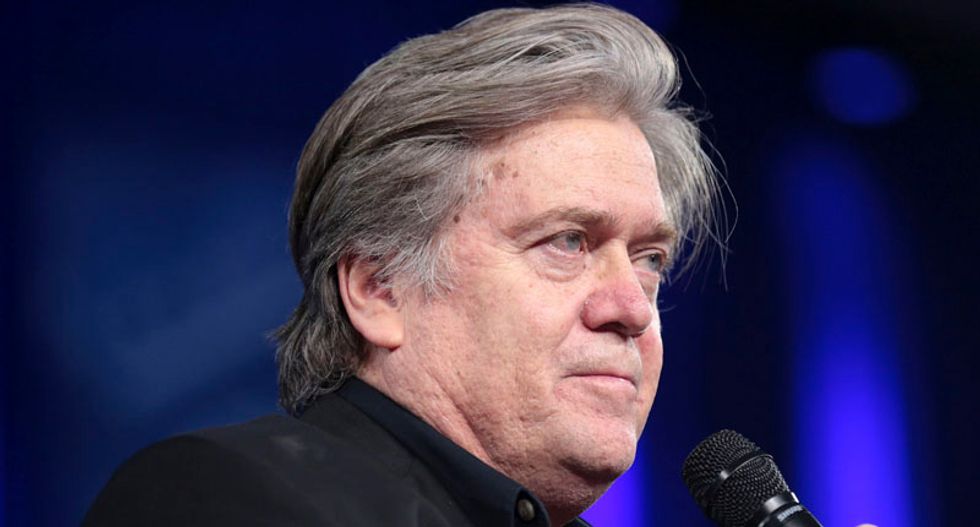 Axios did not specify when a decision was expected on Bannon, who has close ties to far-right groups.