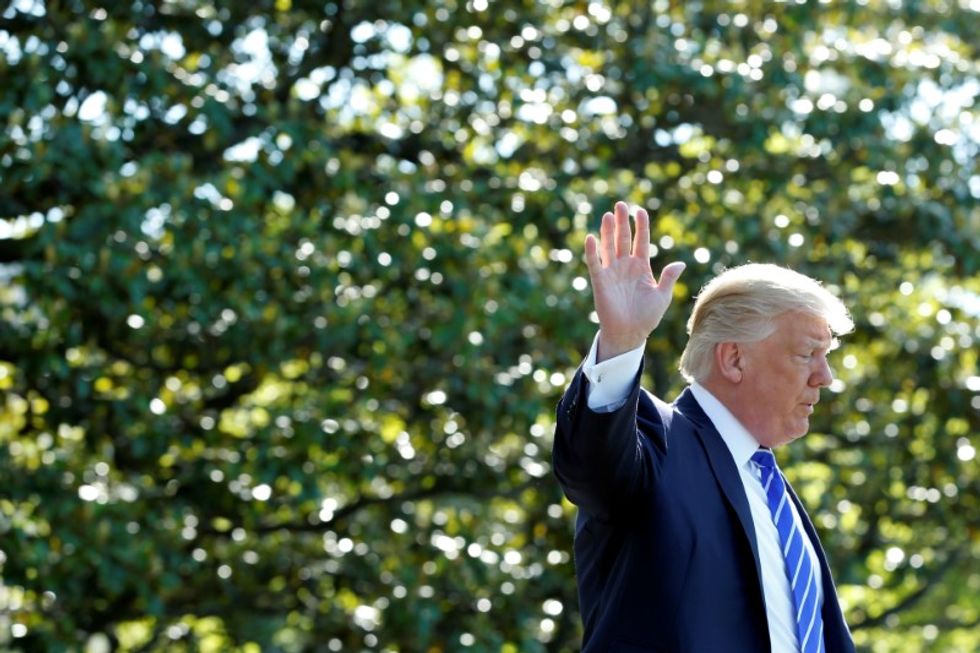 U.S. President Donald Trump waves as he walks on the South Lawn of the White House in Washington, U.S., before his departure to Groton, Connecticut, May 17, 2017. REUTERS/Yuri Gripas - RTX367N3

According to a new lawsuit, President Donald Trump personally signed off on a since-retracted Fox News report promoting a DNC murder conspiracy that aired at the start of what could be the most damaging week of his presidency.

The lawsuit, filed Tuesday by Fox News contributor Rod Wheeler, alleged a wealthy Republican donor and the conservative network coordinated with the White House to promote bogus claims about a slain DNC staffer to deflect from the Russia scandal.

Wheeler, a former homicide detective, accuses Fox News and GOP donor Ed Butowsky of making up quotes by him on the July 2016 murder of DNC aide Seth Rich to support claims that were personally signed off by the president -- who allegedly wanted the story rushed onto the air.

"Not to add any more pressure but the president just read the article," reads a May 14 text message from Butowski to Wheeler cited in the suit. "He wants the article out immediately. It's now all up to you. But don't feel the pressure."

Sean Spicer confirmed he met April 20 at the White House with Butowksy and Wheeler about the story but was unaware if the president was personally involved.

The article -- which claims DNC aide Seth Rich provided hacked emails to WikiLeaks, in contradiction with U.S. intelligence claims about Russian involvement -- aired less than 36 hours later and was retracted the following week.

The report was heavily promoted by Fox News host Sean Hannity over pleas to stop from Rich's family, and was amplified on Twitter by an army of bots -- whose activity mysteriously picked up throughout the month.

Wheeler claims the unsubstantiated Fox News report, by Malia Zimmerman, was intended to distract from the growing Russia scandal -- which exploded that week in a series of bombshell reports.

First came news on May 15 -- the same day Fox report aired -- that Trump revealed classified information to the Russian foreign minister and ambassador during a private Oval Office meeting, without any American media present.

The following day came reports on memos compiled by former FBI director James Comey -- fired one week before the Rich report -- showing that Trump had ordered the vice president and attorney general out of the office and pressured him to back off the investigation of disgraced national security adviser Mike Flynn.

That same day, May 17, special counsel Robert Mueller was appointed to oversee the Justice Department investigation of the Trump campaign's ties to Russia -- and Flynn and former campaign chairman Paul Manafort emerged as "key figures" in the criminal probe.

Another report from that day showed Flynn -- who Trump reportedly urged to "stay strong" after Comey's firing -- stopped a military action against the Islamic State that Turkey opposed, after he was paid $530,000 as a foreign agent of the Middle Eastern nation.

The following day, May 18, a report revealed Trump campaign advisers had at least 18 contacts with Russian officials or others with Kremlin ties during the last seven months of the 2016 campaign.

That same report showed Flynn and the Russian ambassador, Sergey Kislyak, discussed establishing a back channel between Trump and Russian President Vladimir Putin to bypass the U.S. national security establishment.

MSNBC's Joe Scarborough suggested Flynn might have leaked reports of those contacts in hopes of securing an immunity deal, and he said Vice President Mike Pence -- who oversaw the transition team -- should have been aware of the national security adviser's conflicts.

Even before the Rich story aired, a May 12 report showed the Senate Intelligence Committee had requested financial records on Trump and his associates from a U.S. Treasury Department that unit investigates money laundering.

Trump remained silent all week, as bombshells exploded around his administration and campaign team, except for complaining May 17 in a Coast Guard speech about unfair media treatment asking in a May 18 tweet for a special counsel to investigate unspecified illegal acts by Hillary Clinton and the Obama administration.

The New York Times and Washington Post capped off what may be the worst week of Trump's presidency with a pair of blockbuster reports that dropped within minutes after Air Force One touched off for Saudi Arabia.

The Times reported May 19 that Trump had assured the Russian foreign minister and ambassador that his firing of "nut job" Comey the day before had relieved "great pressure" on him over Russia.

The Post reported that a senior White House adviser -- later revealed to be son-in-law Jared Kushner -- was a significant target of interest in the law enforcement investigation.

The newspapers then celebrated their reporting with a tweeted toast. 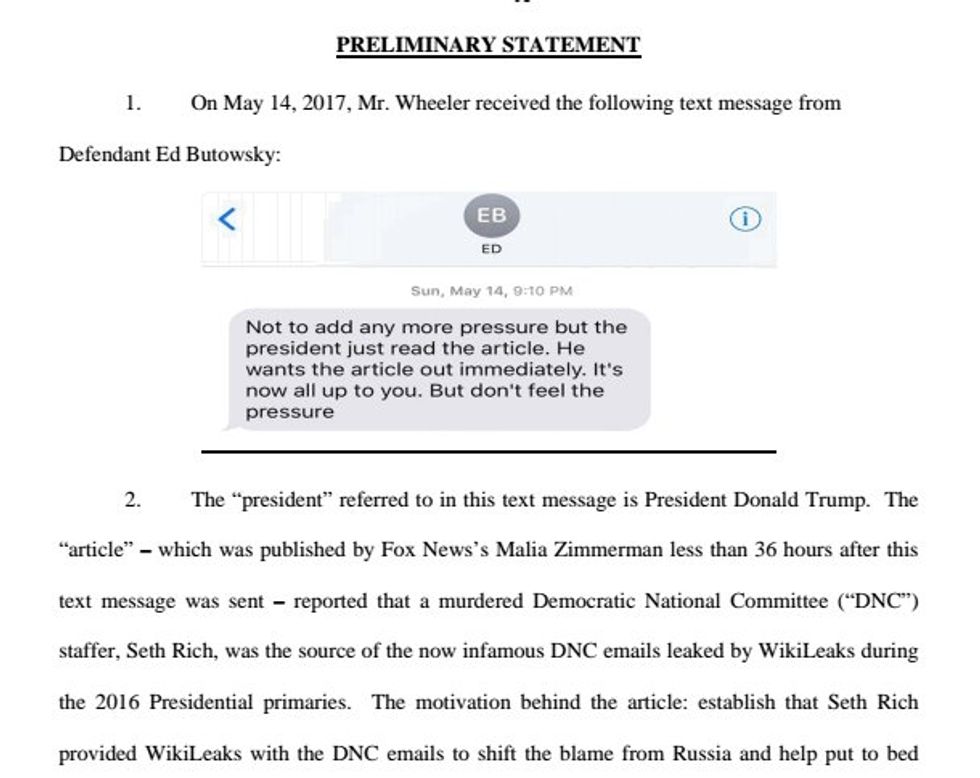