Trump, senators unveil bill to slash legal immigration to US 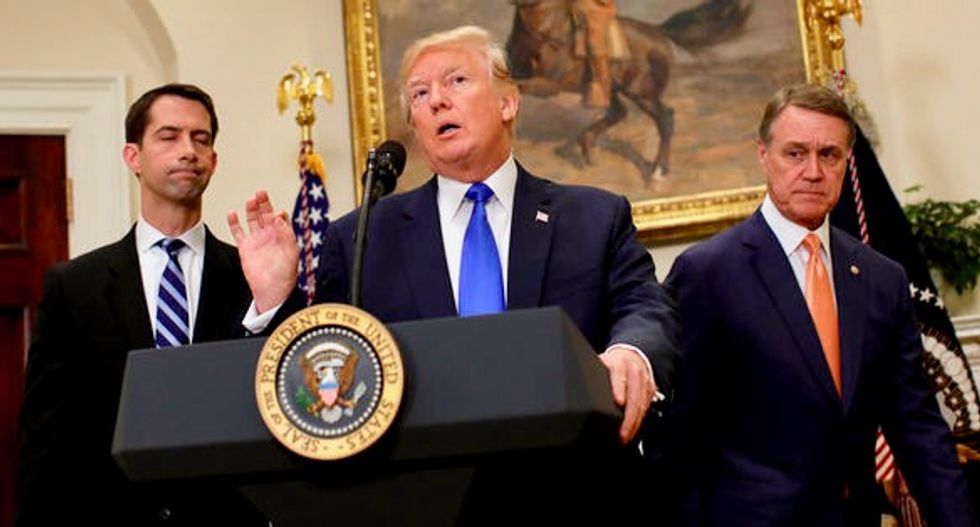 U.S. President Donald Trump and two Republican senators on Wednesday unveiled a plan at the White House to half the number of legal immigrants to the United States eventually and favor newcomers who speak English.

Trump threw his support behind a bill developed by senators Tom Cotton of Arkansas and David Perdue of Georgia that they say would cut legal immigration by 50 percent over 10 years by reducing the kinds of relatives immigrants can bring into the country. The legislation faces an uphill climb to get through Congress.

"This competitive application process will favor applicants who can speak English, financially support themselves and their families and demonstrate skills that will contribute to our economy," Trump said.

Trump and the Republican lawmakers blasted the current immigration system as out of date and argued that it hurts American workers by driving down wages.

"The reforms ... will help ensure that newcomers to our wonderful country will be assimilated, will succeed and will achieve the American dream," Trump said.

Under the new bill, the United States would prioritize high-skilled immigrants by setting up a merits-based system similar to those used by Canada and Australia.