Trump's childhood home listed on AirBnb at $725 a night 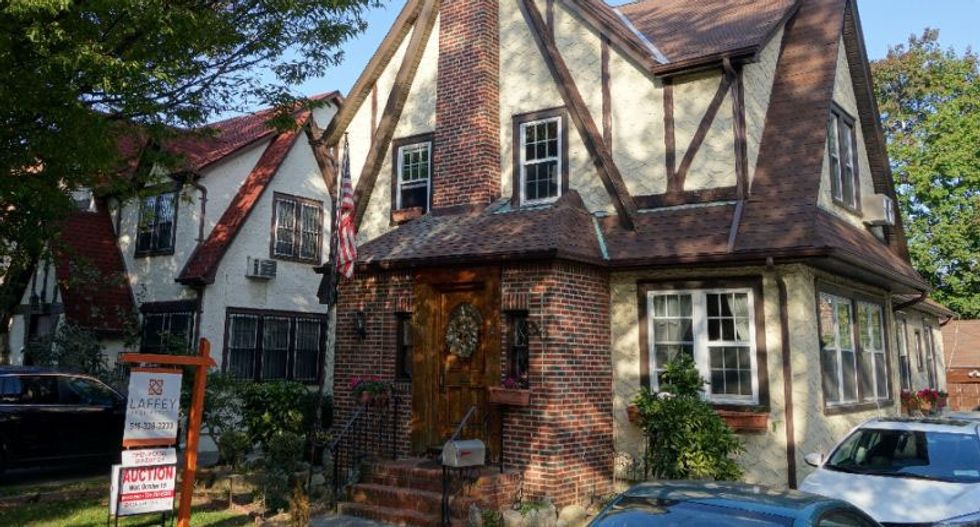 Those looking to savor US presidential history first-hand are being invited to rent Donald Trump's childhood home at $725 a night on AirBnb, complete with a giant presidential cut-out in the living room.

The $2 million, mock Tudor-style family home in Queens, where the New York tycoon turned Republican commander-in-chief lived for the first four years of his life, sleeps up to 20 people in five bedrooms.

Equipped with internet and cable TV, the listing says it is verified and calls itself "the perfect accommodation for a New York vacation."

"We decided to put it on AirBnb to share the house with the world," said Michael Davis, the real-estate developer who bought the home last year, sold it for profit and now leases it back at $4,000 a month.

"There's been a lot of activity," Davis said, with the first guests expected to stay this weekend.

The listing shows several dates blocked off in August but currently there are no reviews.

It claims little has changed since the Trumps' time, boasting an original kitchen and "opulent furnishings."

"We tried to have presidential furniture," explained Davis. "It's decorated very, very nicely and it has all of the amenities that you would need."

Built by father Fred in 1940 in the upmarket enclave of Jamaica Estates, the president lived in the home until the family moved into a colonnaded mansion that Trump senior built nearby in 1951.

The two-story home embellished with red brick sold at auction in January for 54 percent more than the $1.39 million the investor paid for last year. The $2.14 million deal closed in March.

Listing pictures show photographs of the president and quotations sprinkled around the property. Trump's best-selling business tome "The Art of the Deal" is in the house library -- the only book in the house.

It remains unclear what the president would make of the venture.

"I think he likes a good deal," said Davis. "His brand creates value and we were certainly the beneficiaries of that."

Asked about the house when he appeared on NBC's "The Tonight Show" during the election campaign, Trump said it was "sad" the building was on sale and said he wanted to buy it.

This AirBnb listing authors say they have no relationship with the White House, Trump or his Manhattan-based Trump Organization.