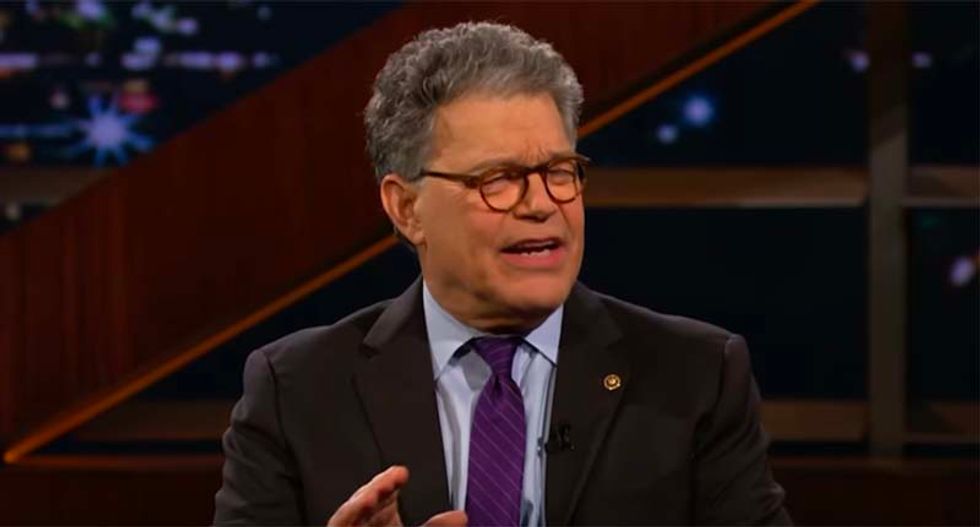 Appearing on HBO’s Real Time, Sen. Al Franken (D-MN) joined host Bill Maher to take some much-needed shots at President Donald Trump following what could be described as the worst week of his administration.

Asked about recent comments by Republican senators that Trump is not up to the job, Franken dryly quipped, "I've known for weeks that Trump is a terrible president."

Noting Trump's awful week following the violence in Charlottesville, host Maher asked, "Is this a turning point or will this just be sewn into his horror quilt and in a month we will have forgotten it like we moved past p*ssy-grabbing and everything else?"

"The problem with this administration is Trump," Franken replied. "And it is going to continue. We've heard this, when Kelly comes in, everything will be fine and then, boom, he threatens nuclear war."

"This week was unbelievably horrible," Franken continued. "It was a tragic week and Bannon on his way out, saying,'well, Democrats talk about Black Lives Matter.' It's just sickening, a sickening week, three people lost their lives. But I don't think he [Trump] changes."