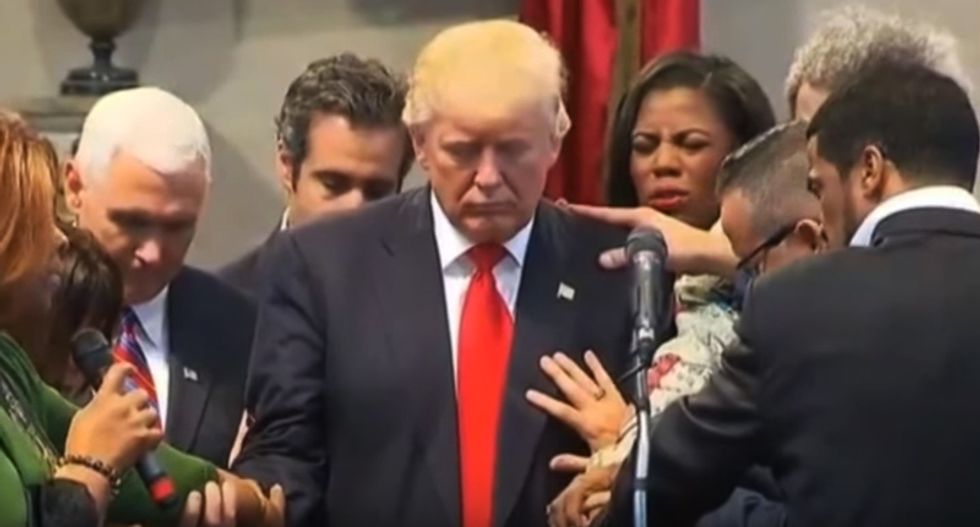 Earlier this week, Pastor Robert Jeffress of First Baptist Dallas caused a stir when he claimed that God had anointed President Donald Trump with his blessing to launch a nuclear strike against North Korea.

In an op-ed for the Dallas Morning News published Thursday, Catholic Pastor Joshua J. Whitfield uses his knowledge of biblical history to shoot down any claim that God has given Trump a thumbs up to unleash "fire and fury" on Pyongyang.

In particular, he notes that the early Christians such as St. Paul, who had to live under oppressive, non-Christian governments, viewed the realm of politics with deep suspicion.

"Paul, like other New Testament writers and, of course, like Jesus, thought the political realm the realm of Satan," he writes. "Political institutions, along with principalities and powers, according to early Christian belief, belonged to the demonic. Hence bloody history, hence violence."

Given how much Paul and many early Christians saw politics as being "demonic," argues Whitfield, there is no way they would have claimed that any political ruler was "anointed" by God to do anything -- let alone launch a horrific war that would leave millions dead.

"For Paul, it would have been unthinkable to consider a political ruler some sort of anointed Christian prince or president waging war on behalf of believers," he explains.