Up to 40,000 houses affected by Harvey in Houston 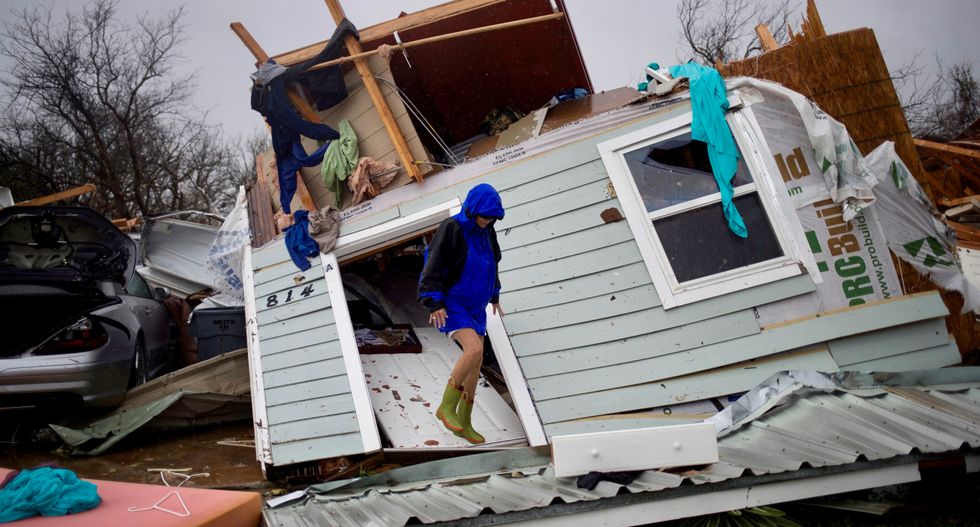 Barbara Koster stands on her front door as she surveys her property. REUTERS/Adrees Latif

Early calculations on how many houses could have been affected by flooding due to Tropical Storm Harvey in Houston point to between 30,000 and 40,000 homes, the chief administrator of Harris County said on Wednesday.

"It could be more, we just don't know for sure until we get into these neighborhoods," Judge Ed Emmett said in an televised interview.

Even though some houses are "irreparable", Emmett said large donations are being received and volunteers are helping as much as they can.

"We get some very difficult months and perhaps years ahead," he said.

After torrential rains hit Houston for five days since last week, water is now affecting other Texas and Louisiana counties. "Harris County in Houston got a lot of attention because it's a big city and a big market, but the counties around us have suffered as much as we have," he said.