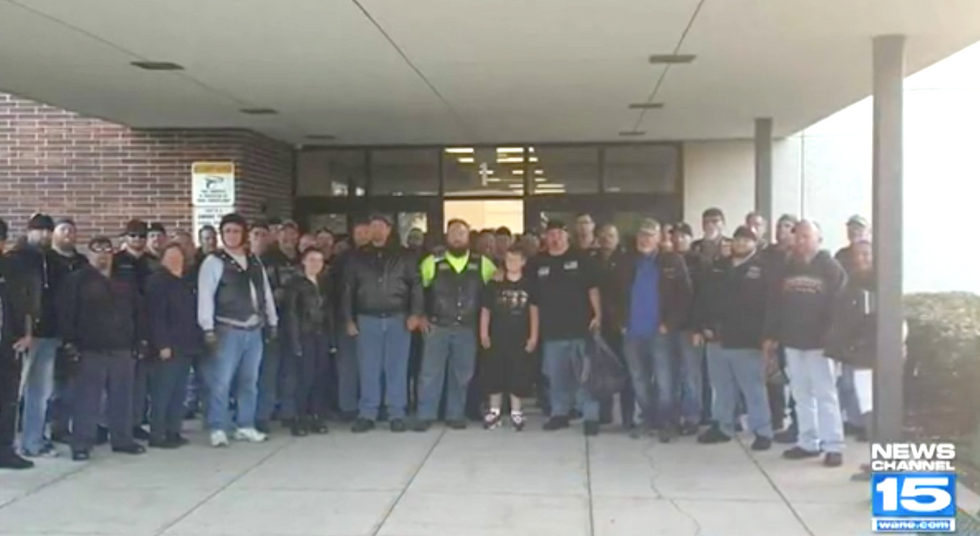 A sixth grader in DeKalb County, IN had a very special ride to his first day of school this week.

WANE Channel 15 reported that Phil Mick rode on the back of a motorcycle to classes flanked by 49 other motorcyclists who were there as a show of force against bullies who have persistently targeted Mick in school.

The boy explained to Channel 15 that for the past two years he has been scared to go to school because he was consistently teased, threatened and attacked. He kept the bullying secret his family, he said, because he didn't want to worry them.

The boy's mother Tammy said she suspected people were bullying her son even though he wouldn't tell her about it. Then, he came home covered in bruises and bumps after an attack.

"I was fire engine red mad,” she said. “He let them hit him, punch him, everything. He’s not the type to tell somebody.”

The boy told his mother that his fear of going to school was leading to thoughts of suicide. Tammy Mick decided to contact Brent Warfield of KDZ Motorcycle Sales & Service.

"Brent stepped in and wanted to help," the mom explained.

Warfield said he heard the story and couldn't help but be moved. He said he recruited a "bunch of big-hearted bikers" to take the family to breakfast and escort Phil to school.