WATCH: Chris Cuomo calls BS on Trump: ‘You ask us to define the alt-right — turn around and ask your advisor’ 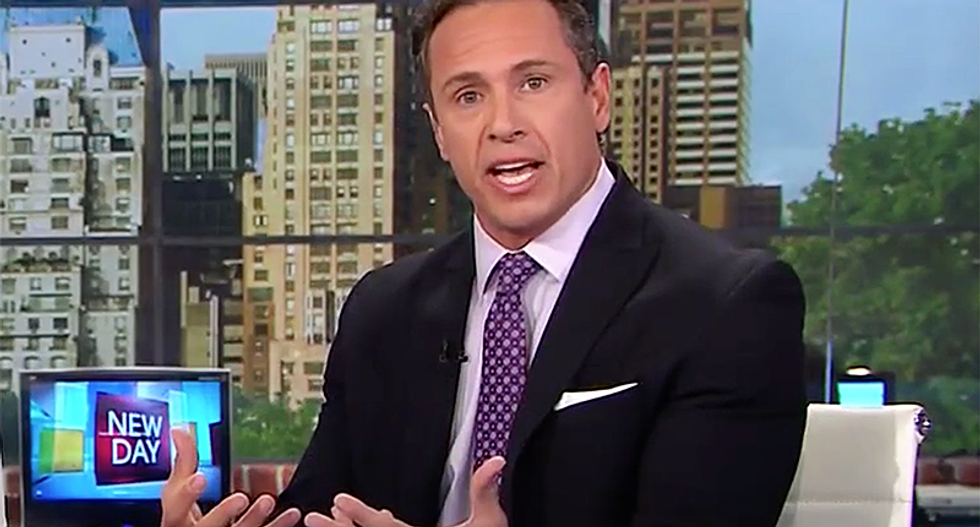 CNN host Chris Cuomo got fired up on Wednesday morning's "New Day" during a discussion about President Donald Trump's equal blame for the counter protesters in Charlottesville, Virginia over the weekend.

"Let's talk about the history of this for a second," began Daily Beast editor John Avlon. "He's quoted [Thomas] Jefferson and Washington with Robert E. Lee and Stonewall Jackson. One group of folks, however flawed, created our nation and the other two committed treason and 600,000 people died, OK? This is not a 'jump on.' We can have a debate about context and the role of statues and American historical memory, but that's not what the president is interested in. His own aides -- look at his chief of staff's face yesterday. You saw a man who would have rather been on the Titanic!"

Cuomo cut in saying that even if Americans took Trump and his supporters at their word on their defense claiming that it's more about an attack on Trump, if the people involved changed it would be different.

"Change the facts a little bit. Instead of these hateful white supremacists, you have ISIS marching in the streets and they were saying death to Americans," Cuomo began. "And a group of Americans got out there and it got ugly the same way it did here. Do you think the president of the United States would have been saying there's problems on both sides? We all know the answer is, 'no.'"

"He wants to define it and call it out for what it is and overreach and overstretch the facts of this situation," Cuomo continued. "But not here, not when it's these groups. This is consistent from jump. Whether it was David Duke, the alt-right. He asked us to defend the alt-right -- turn around and ask your adviser who they are. He gave them the outlet they never had before in the form of Breitbart which has shown exactly what it is with its silence in the last few days."