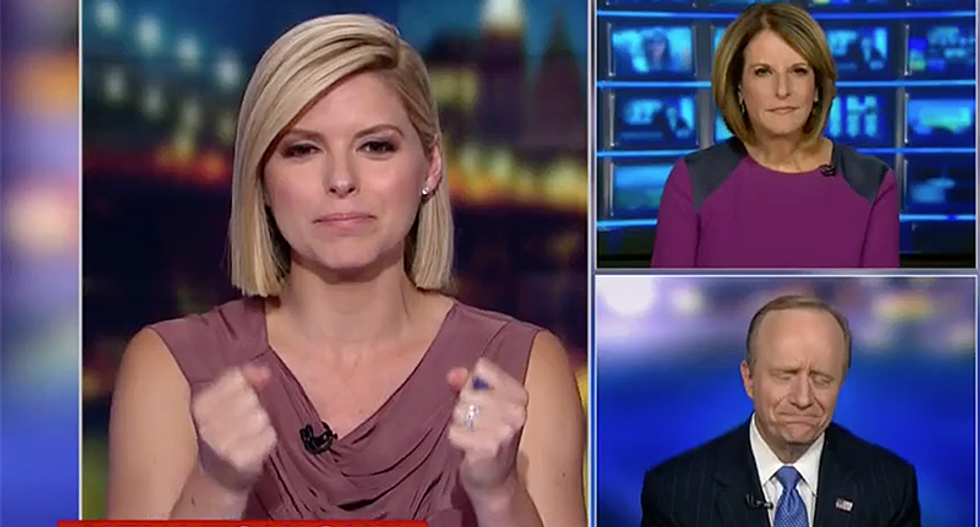 At some point President Donald Trump should ideally want to act like a president, according to a majority of Thursday's CNN panel.

During a discussion about Trump's recent defense of the Nazis and white supremacists fighting to keep monuments, panelist Paul Begala noted that he spoke once at West Point where a stone sits with the honor code etched on it.

"It says 'I will not lie, cheat or steal or tolerate one who will,'" Begala began. "Our president lied. He lied today. We don't all have the standards of duty, honor and country, frankly, that the Military Academy has, but we ought not tolerate that in America. We ought to at least not have a Commander in Chief who lies."

"And, uh, Paul, I'd, uh respond to that," stammered former Trump strategist David Urban. "And one of our colleagues here at CNN and a friend of mine who is on this network, Salena Zito frequently had, probably one of the most famous quotes of this campaign, where she says the Trump detractors take him literally and not seriously. I think that is the case of that right here."

That's when host Kate Bolduan cut in to remind Urban that this was the President of the United States he was talking about.

"I hear you, David," she began. "But I will make the case that when you become president, you should be taken both literally and seriously. At some point, it matters."

At least it should matter. Since being inaugurated, Republicans have begged Trump's political opponents to "give him time" to adjust to the office. Some have even promised a "pivot" to when he would appear presidential. Neither has occurred eight months into his presidency. Many Republicans are now making their own pivot -- against Trump.

'At some point it matters': Kate Bolduan tells... by sarahburris