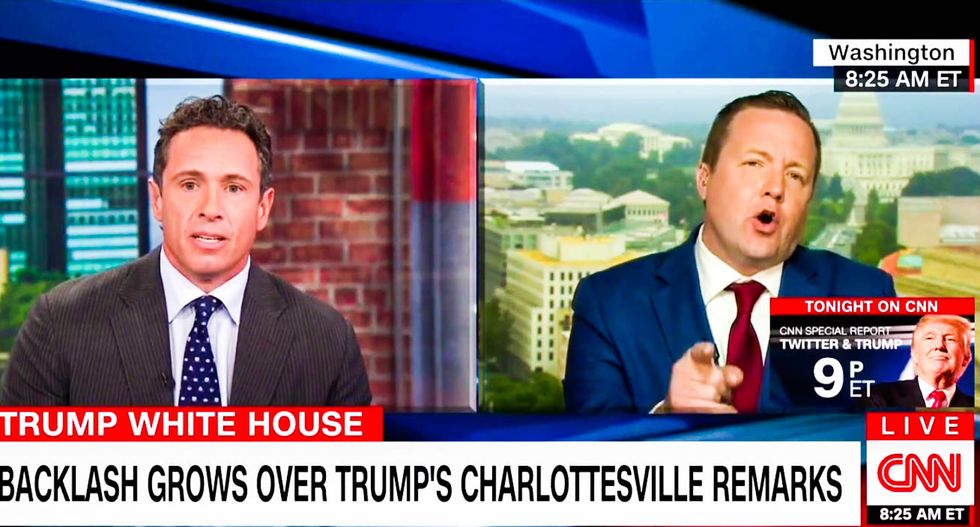 Corey Stewart, the Minnesota-born, Confederacy-loving Republican who plans to run against Sen. Tim Kaine (D-VA) in next year’s Virginia Senate race, went on CNN to defend Trump's comments and tried to call out Cuomo for not condemning the Antifa counter-protesters whom he claims were equally as responsible for violence as the KKK last weekend.

Cuomo, however, wasn't taking the bait and told Stewart that the only people who seemed to be happy with Trump's statements on Charlottesville were unabashed white nationalists such as David Duke.

"The question is, when is the left to condemn the far left terrorists leftists like Antifa," Stewart said.

"Corey, the basic premise of trying to say that 'anybody is like the KKK' is dangerous because what you do is you end up normalizing their behavior," Cuomo began to reply.

"Nobody ever said that," Stewart interrupted.

"Obviously not well enough because they're thanking you," Cuomo replied.