WATCH: Fox anchor praises Trump for giving cops grenade launchers to use on 'the front lines of protests' 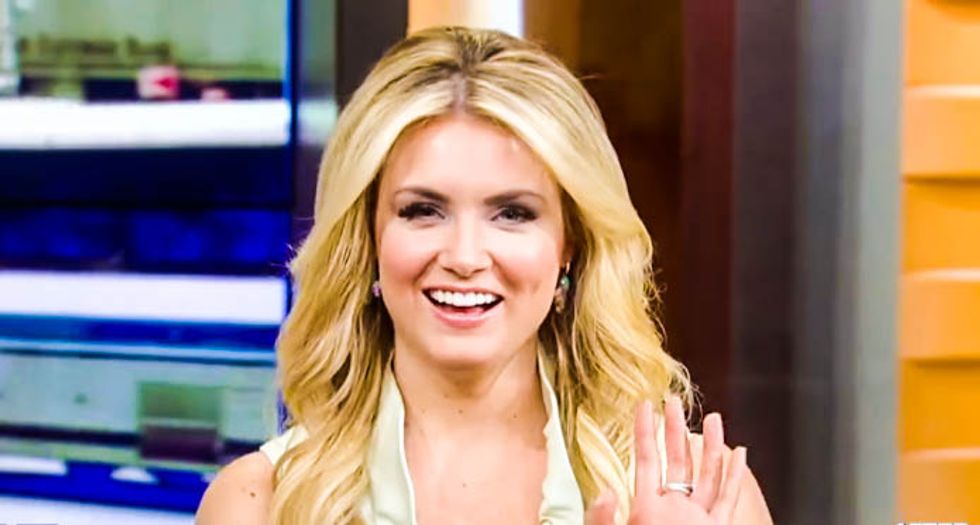 Via Media Matters, Fox anchor Jillian Mele said that Trump's decision to give police departments access to grenade launchers and armored vehicles was a "major backup for our police officers on the front lines of those protests," referring to the violent clashes between Trump supporters and Antifa activists that erupted over the weekend in Berkeley, California.

Mele also noted that there were two prominent anti-racism marches scheduled for Washington, DC, in September: "Al Sharpton leading the 1,000 Ministers March for Justice on the National Mall" and "a 10-day march to Washington kicks off in Charlottesville in response to the deadly clashes in Virginia earlier this month."