WATCH: 'Frustrated' John Kelly listens to Trump double down on 'both sides to blame' Charlottesville claim 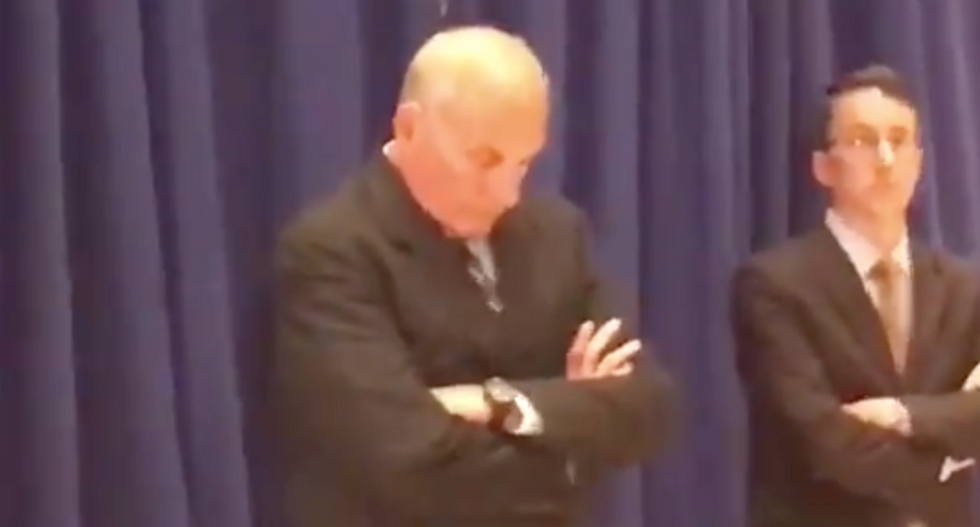