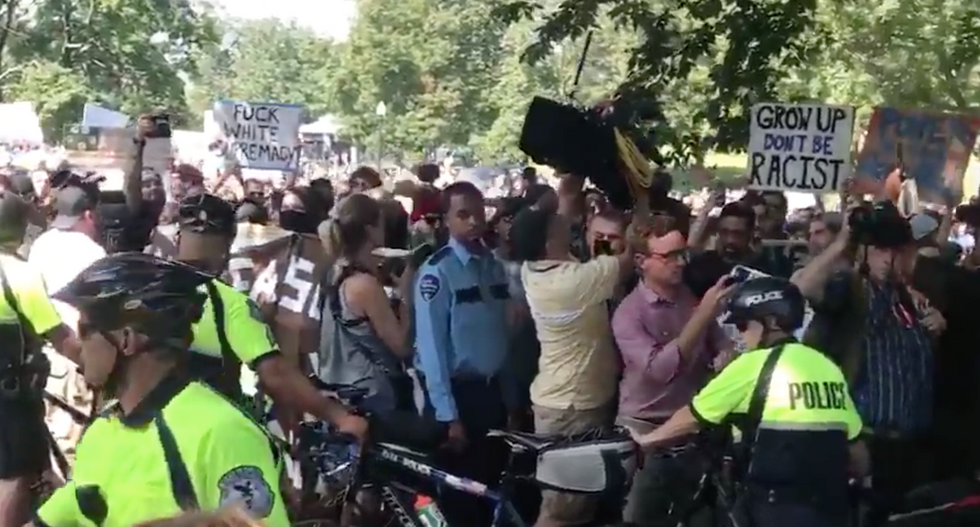 Harkening to the notorious "walk of atonement" scene in the hit HBO show Game of Thrones, counter-protesters in Boston, MA are chanting "shame" at those entering a white nationalist rally.

The Boston rally comes one week after a similar event in Charlottesville, VA resulted in three deaths and dozens of injuries.

People yelling "shame" and "get the (expletive) out of Boston!" Near entrance to Free Speech path to bandstand pic.twitter.com/0WRgyztLqL