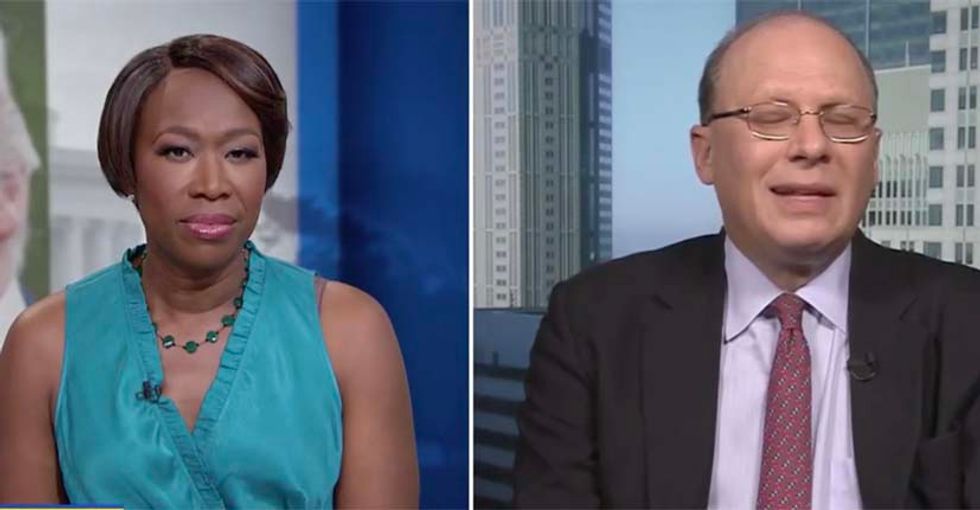 Appearing on MSNBC, one of President Donald Trump's top donors in the 2016 election was put in a tough place by host Joy Reid when pressed why the president has such a fan club among white nationalists and neo-Nazis.

During a panel discussion with the AMJoy host, Ken Abramowitz, founder of the SavetheWest.com, was put on the hot seat after an impassioned Karine Jean-Pierre tore into Trump's embrace of racists.

"Why do you suppose neo-Nazis and white supremacists like Donald Trump so much?" Reid pressed her conservative guest. "They were praising him after his response on Monday to that march in Charlottesville. Why do you think they like him so much?"

"Well, they shouldn't," Abramowitz managed to get out before Reid cut him off.

"Why do you think they like Donald Trump so much?" Reid tried again.

"Look some of them could be provocateurs," Abramowitz tried again, before adding, "I'm sure some of them might say that. I'm not sure. But any fringe group can say they love whatever politician they want. It's fake news, it doesn't mean that politician believes in that ideology."

"If [Trump] defends them and says some of the people among them were fine people, what does that say to you?" Reid persisted.

"No," Abramowitz admitted. "I don't know anyone respectable would have been marching with them. Why any normal citizen would, so I'm in as much disbelief as you are."