'We all know what this is about': CNN commentator calls out Trump for 'wink and nod' to racists with alt-right retweet 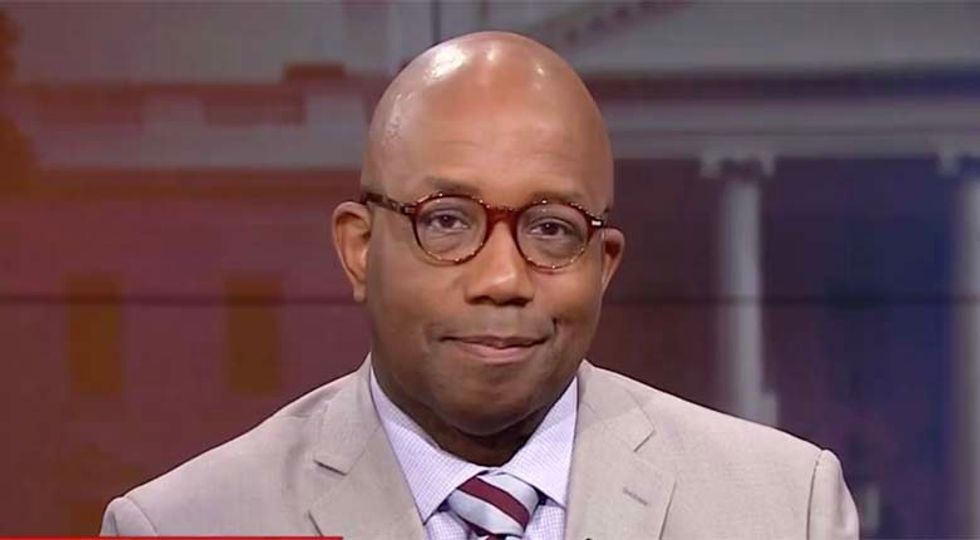 Addressing President Donald Trump's late night re-tweet of a conspiracy theorist and and alt-right provocateur, a CNN panelist stated that Trump was signaling to his racist base to ignore his anti-racism statement made earlier in the day.

Speaking with host Chris Cuomo, commentator Errol Lewis called Trump's retweet "dog whistle politics where this is a wink and a nod from the president to some of the worst elements of society."

As host Cuomo pointed out, the man Trump retweeted, "peddled the Pizzagate theory which became dangerous."

"He made something up that Democrats and Hillary Clinton's team was somehow involved in a child sex ring in a D.C. pizzeria pizzeria," Cuomo explained. "It's not just a conspiracy theory. A guy goes there a month later and shoots the place up. This is dangerous, and the president is retweeting something from him in the last 12 hours."

Lewis stated that Trump knew exactly what he was doing with the retweet.

"I think we all know by now what this is all about," Lewis disgustedly stated. "He's done this over and over and over again starting with the birther conspiracies he peddled for years. All of these are signals and as we saw over the last weekend, people take that seriously and leaders of Ku Klux Klan will stand there looking to the camera and say we are fulfilling a mission that got from President Trump, it is shocking."

"The good side of all of this, there are others including corporate leaders as we're seeing who are going to step forward and sort of fill a leadership vacuum that this president, for whatever reason, has chosen to lead behind," he added.