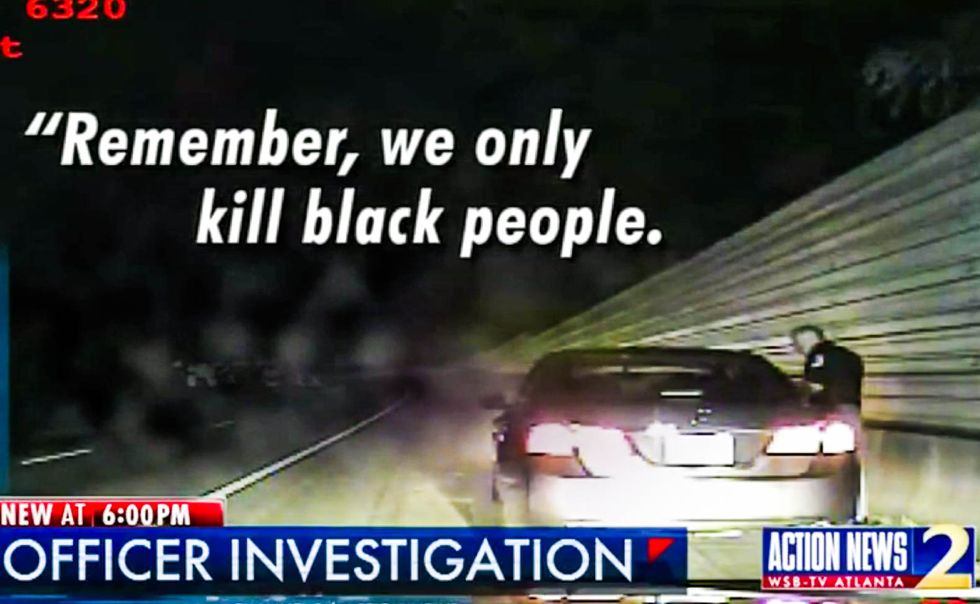 A Cobb County police officer tells a woman that 'we only kill black people' (Screen cap).

A police officer in Cobb County, Georgia, is under investigation after dash cam footage showed him telling a woman that he pulled over that police officers "only kill black people."

WSB-TV Atlanta reports that dashboard camera footage it obtained through an open records request shows Cobb County Police Lt. Greg Abbott trying to ease the fears of a woman he pulled over who was reluctant to move her hands to pull out her license and registration.

Abbott was placed on administrative leave late last week after the department was made aware of the video. Abbott's attorney tells WSB-TV that his client was clearly trying to ease a tense situation and get the driver to comply with his commands.

"He was attempting to de-escalate a situation involving an uncooperative passenger," the attorney said. "In context, his comments were clearly aimed at attempting to gain compliance by using the passenger's own statements and reasoning to avoid making an arrest."

However, Cobb County Police Chief Mike Register said that some things simply shouldn't be said by police officers, regardless of the situation.

"No matter what context it was said, it shouldn’t have been said," he said.