'What do you say to that?': Stunned Don Lemon rips Trump's 'unhinged, embarrassing' speech 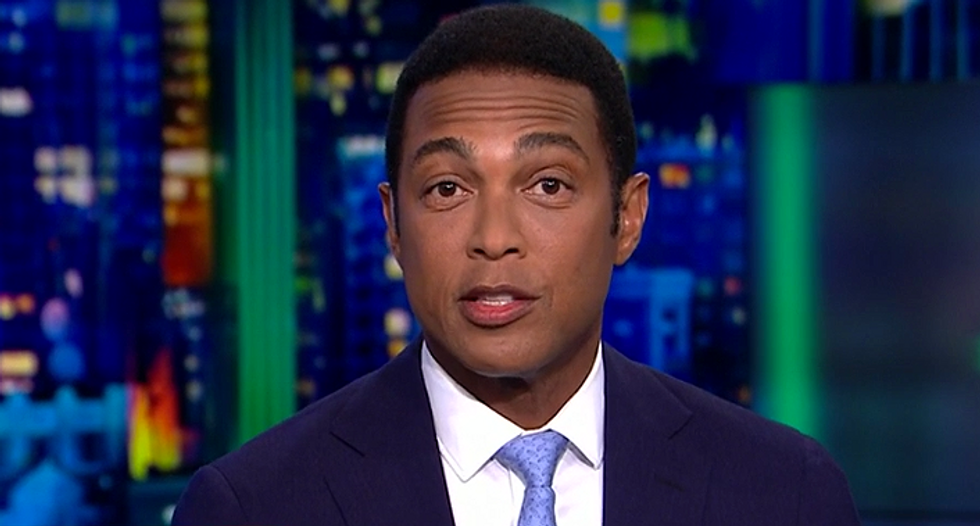 A stunned Don Lemon on Tuesday reacted to Donald Trump’s “unhinged” rant during a campaign-style rally in Phoenix, Arizona, noting the president “lied directly the American people” and behaved “without thought, without reason, devoid of facts, devoid of wisdom.”

“Well, what do you say to that?” Lemon asked Tuesday, after the president’s 80-minute speech, where he maligned the “fake news media,” argued anti-Confederacy protestors are trying to change “our history” and essentially reverted to vintage Trump rally form.

“I'm just going to speak from the heart here,” Lemon told his audience. “What we witnessed is a total eclipse of the facts, someone who came out on stage and lied directly the American people and left things out that he said in an attempt to rewrite history—especially when it comes to Charlottesville.”

“He's unhinged, it's embarrassing and I don't mean for us—the media—because he went after us, but for the country. This is who we elected president of the United States. A man who is so petty that he has to go after people he deems to be his enemy, like an imaginary friend of a 6-year-old.”

“His speech was without thought, without reason, devoid of facts, devoid of wisdom,” Lemon continued. “There was no gray. He was like a child blaming a sibling on something else. He did it. I didn't do it.”

“He certainly opened up the race wound from Charlottesville” Lemon said. “A man clearly wounded by the rational people abandoning him in droves, meaning the business people and the people in Washington now questioning his fitness for office and whether he is stable. a man backed into a corner, it seems, by circumstances beyond his control and his understanding.”

“That's the truth,” Lemon said. “If you watch that speech as an American, you had to be thinking, ‘What in the world is going on?’ This is the person we elected as president of the United States? This petty, this small, a person who who's supposed to pull the country together? Certainly didn't happen there.”

Watch the entire reaction below, via CNN:

"Well, what do you say to that?" Don Lemon responds to Trump's speech, calling it a "total eclipse of the facts" https://t.co/fubv1EBBQj