'What he did today was a moral disgrace': Fox’s Krauthammer shreds Trump's Charlottesville presser 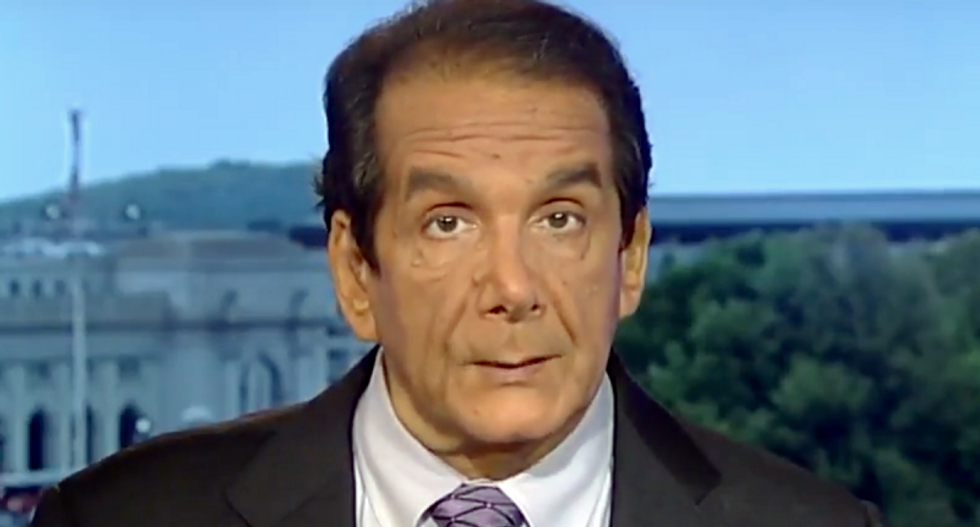 Trump on Tuesday held what was originally billed as a infrastructure press conference. The presser quickly derailed, leaving the president to defend his original statement after a deadly white supremacist rally and argue that “both sides” were at fault for the violence.

“To critique what [Trump] did today on the grounds that it distracts from the agenda, or it was a tactical mistake, I believe is a cop out,” Krauthammer said. “What Trump did today was a moral disgrace. What he did is he reverted back to where he was on Saturday and made it very clear that what he read on [Monday] was a hostage tape.”

“The reason it’s a moral disgrace is this: this generation for the last 50 or 60 years understood there was something unique about the history of slavery and racism in this country,” he continued. “That we had to cure this original sin. Because it was followed by 100 years of state-sponsored oppression.”

“What Trump is missing here is the uniqueness of white supremacy, KKK and Nazism,” Krauthammer explained. “This was instigated, instituted, the ride began over a Nazi riot. A Nazi rally. And the only killing here occurred by one of the pro-Nazi, pro-KKK people.”