Whatever happened to all of those great infrastructure jobs Trump promised middle-America? 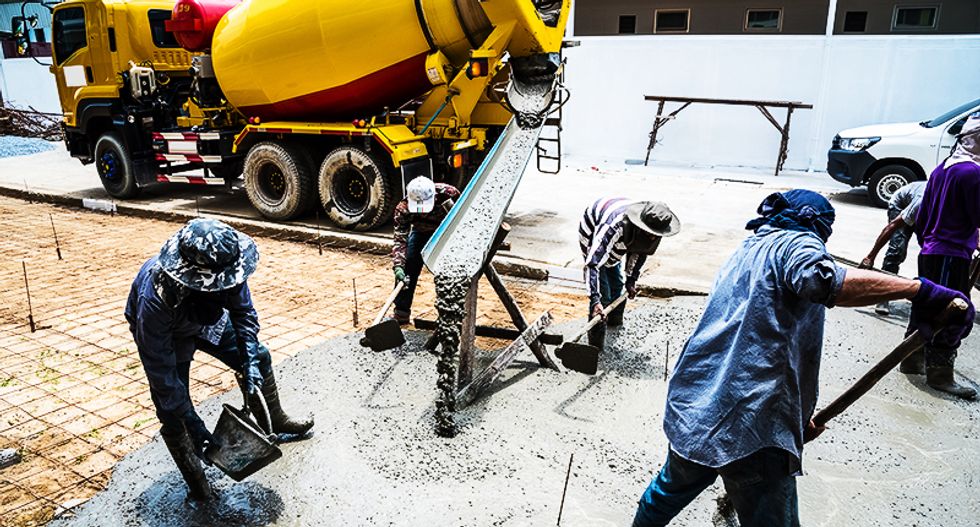 Remember back in the heady days of the campaign when then-candidate Donald Trump promised to create 25 million jobs with his economic plan? Many of these jobs were to come from a massive reboot to American infrastructure. He promised a 10-year, trillion-dollar program that would solve many of America’s aging infrastructure woes as well as add new, better jobs for millions of American workers. The promise actually had some bipartisan appeal — both sides of the aisle acknowledge the poor state of our roads, bridges and rails and obviously support job creation. But, of course, any plan does require congressional backing. Trump soon created a White House advisory group, the Council on Infrastructure, populated with both practiced politicians and industry bigwigs to help with the initiative.

President Trump’s original budget proposal to Congress in April didn’t include an infrastructure initiative, and some critics found it very short on job creation initiatives.

But then in June the president released his graphics-heavy infrastructure plan. According to the plan, “The president has dedicated $200 billion in his budget for infrastructure that can be leveraged for a $1 trillion investment into our crumbling systems. Investing in rural infrastructure is a key part of the president’s plan.” The plan also promised to create jobs for 1 million apprentices in two years.

The president soon went on trip to promote his infrastructure plan in economically hard-hit areas of Ohio and Kentucky.

Reaction was mixed. Evelyn Cheng of CNBC made the case that the promised infrastructure jobs would be not only forthcoming, but also would be much better paying, citing investment banker and economist Daniel Alpert.

“The private sector has done all it reasonably can, yet the US labor market remains a shadow of its former self. It is time to rebuild America,” Albert, a founding managing partner of Westwood Capital, said in a presentation called “The Case for Aggressive Fiscal Spending on Infrastructure in 2017.”

The relentless focus on a “$1 trillion infrastructure program” puts spending money as a greater priority than getting the actual work done. That’s a mistake. And there is always the chance the federal dollars will get hijacked and wasted by big-city progressive mayors, which will not improve national connectivity or economic performance.

But those big-city mayors and local initiatives are exactly the point, contends Louis Uchitelle in his book Making It: Why Manufacturing Still Matters. Uchitelle argues that the removal of manufacturing from our urban centers is a civil rights issue — leaving generations of minority populations without access to well-paid local work. Though he doesn’t see a real return to the manufacturing heyday of the 1950s-70s, he does say that infrastructure employment is the wave of the future.

But that program is no longer. As with other Obama-era initiatives, it’s been disbanded by the Department of Transportation under the Trump administration. According to reporting by Bill Raden of Newsweek earlier this month:

With momentum on infrastructure stuck in neutral, the administration this week is quietly moving ahead to repeal a 2-year-old initiative dating from the Obama administration that might be the only dynamic infrastructure and jobs program in existence at the federal level. According to its August Significant Rulemaking Report, the Department of Transportation (DOT) has set Friday as the termination date for a program that has already enabled states and cities to create thousands of new, high-wage transportation and construction jobs in some of the nation’s most depressed local labor markets.

‘Many of these jobs were finally addressing long-term unemployment — many, for people of color,’ said Angela Glover Blackwell, CEO of PolicyLink, an economic and social equity think tank. ‘This is yet another example of the Trump administration not standing up for jobs for the nation’s most vulnerable.’

Oh, and as for the Council on Infrastructure, that’s been disbanded in the wake of the turmoil over Trump’s comments on Charlottesville.