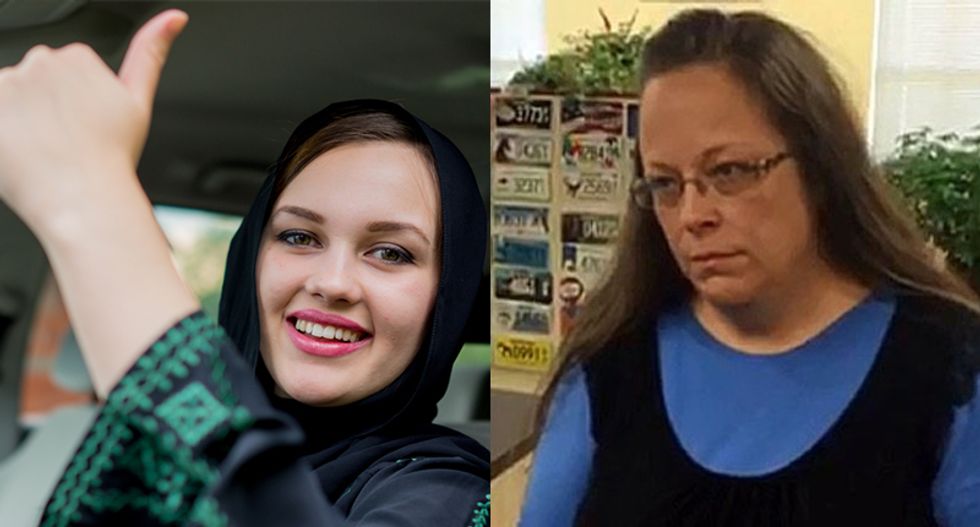 President Donald Trump pledged to defend the LGBTQ community against "radical Islamic terrorists," who he claimed was the greatest threat to equality and tolerance. However, a new study exposed a shift in beliefs about homosexuality among American Muslims.

According to Pew Research Center findings, Muslims have become much more accepting of gay and lesbian people in the last ten years than other faith groups, particularly those who identify as evangelical Protestants, The Christian Post reported.

Pew found that Muslim support of homosexuality increased by 25 percent from 2007 to 2017, while evangelicals saw only an 11 percent increase. Muslims surpassed evangelicals in their support, however. White Protestants accept homosexuality to the tune of 34 percent, while 52 percent of Muslims say that homosexuality should be accepted by society.

Still, it's American Muslims that generally get pointed to as intolerant. "Real Time" host Bill Maher is notorious for bashing Muslims, as well as other religious faiths, for their conservative views.

"We have to be real on both counts. Yes, the 'God Hates F*gs' people show up with placards and posters, and it's despicable, but they don't show up with guns and bombs," Maher said in 2016 after the Orlando Pulse Night Club attack. "That's just the world as it is today. The answer is not to ban Muslims, however. The answer is to ask more of Muslims, I think."

Trump used the Pulse massacre to brag about being "right" about threats to the U.S.

“Appreciate the congrats for being right on radical Islamic terrorism,” he tweeted while bodies were still laying on the floor in the club.

During an appearance on Pat Robertson's "700 Club" earlier that summer, Trump told the host "You have the people that I love: the evangelicals."

Trump is in line with evangelicals, who have a negative view of Islam overall. A different Pew survey found that 50 percent of white evangelicals think there is a "great deal" or "fair amount" of people who support extremism from Muslims in the U.S. More than half of the white Protestants see Islam as a religion that encourages violence.