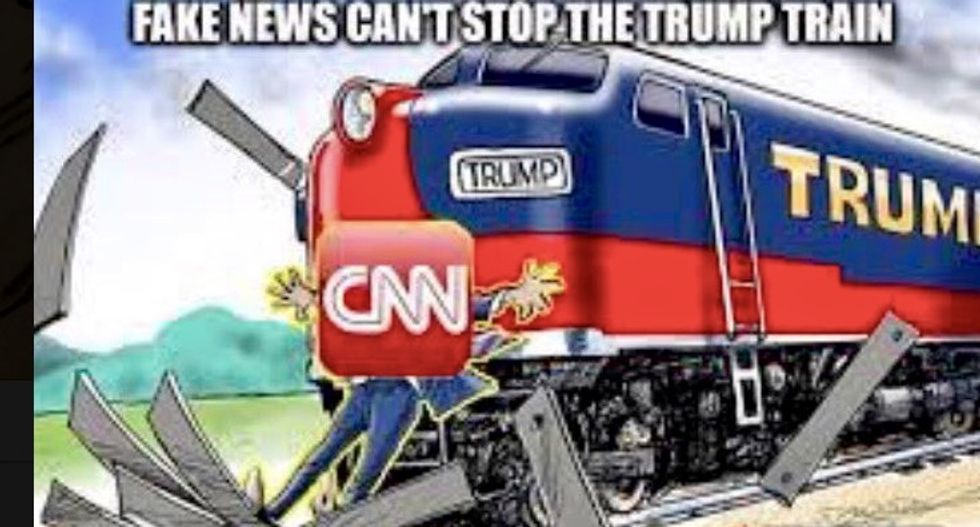 After President Donald Trump sent out a tweet depicting a person with a head as the CNN logo being hit by a train, the internet exploded with accusations that Trump was again inciting violence against the media. However, the White House has another story.

CNN's Dan Merica quoted the White House, who swore that the tweet was "inadvertently posted" and "deleted immediately." MSNBC reported that the tweet was deleted "as soon as it was noticed." It wasn't immediate, rather, the tweet sat for several minutes while many media outlets addressed the tweet, including MSNBC's "Morning Joe," who brought it up on air.

Trump also retweeted someone calling him a fascist after the attack on CNN.

The move comes just days after an alleged white supremacist rammed a crowd with a car killing one woman and injuring 19 people.

As New York Times reporter Maggie Haberman pointed out, it's impossible to accidentally tweet something as it takes two clicks to retweet something.

A WH official tells CNN the image of a train hitting a man/CNN logo was "inadvertently posted" & "immediately deleted" once it was noticed
— Dan Merica (@Dan Merica) 1502805101.0