'Who are these people?': Morning Joe hammers Trump crowd calling for McCain’s death 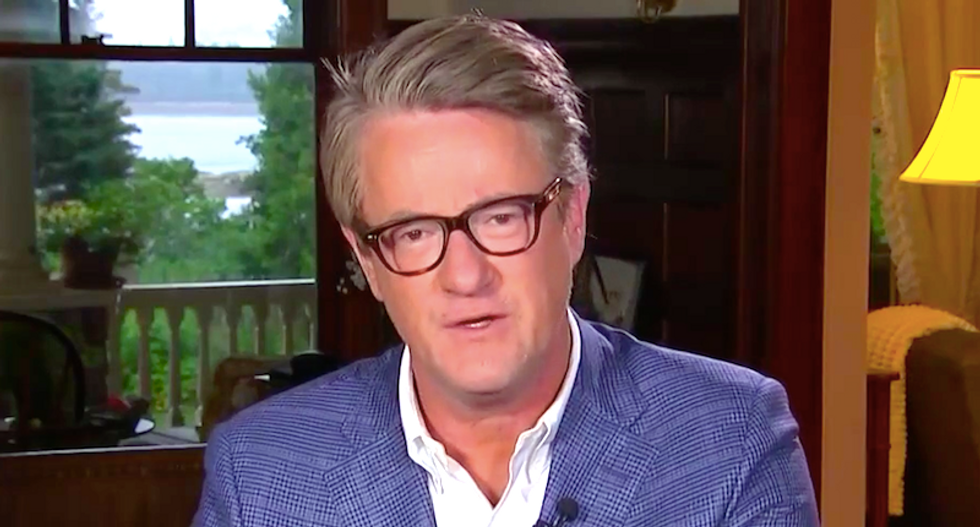 The "Morning Joe" host was appalled that crowd members shouted out calls for McCain's death as Trump attacked the Republican senator for casting the deciding vote against the repeal of the Affordable Care Act.

"Who talks like that?" Scarborough said. "But here's another question: Who cheers at that? Who cheers when a man speaks derisively about an American war hero who has given his life to the people of Arizona and the United States of America in a POW camp, is battling brain cancer, is going through chemotherapy. And not only are they derisively going along with Donald Trump -- but people are actually shouting that they want John McCain to die."

Scarborough said he was sure McCain wasn't personally offended, and co-host Willie Geist pointed out that Trump made no mention of the 10 missing or dead sailors following a crash involving the U.S. Navy ship named after the senator's father and grandfather.

"Now John McCain's a tough guy, he can handle that," Scarborough said, "but Willie, who are these people that act like they're cheering on a pep rally at a high school basketball game when he's saying deeply, deeply offensive things about this country and about a lot of people that have given their lives to this country?"