Why governmental transparency will not work without strong leadership 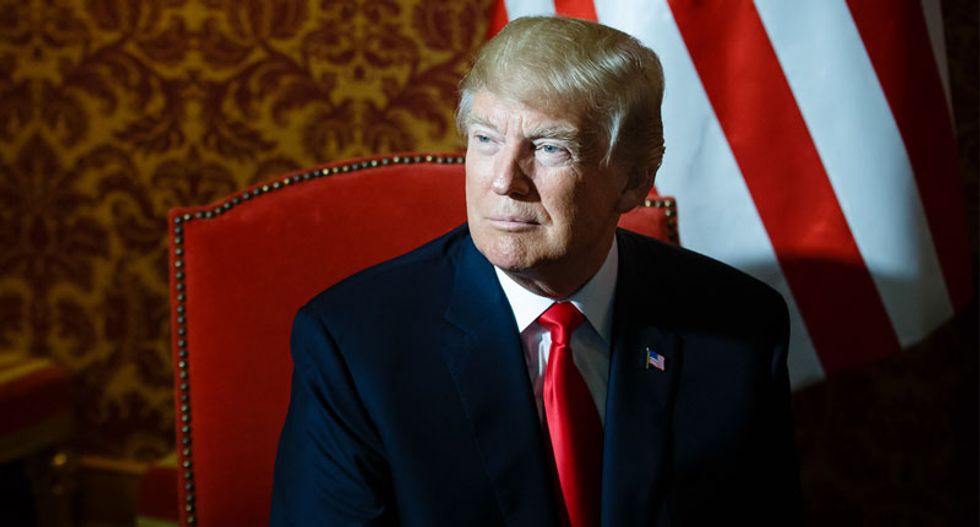 Donald Trump (Ministry of Foreign Affairs of the Republic of Poland)

Walter Shaub, the former director of the U.S. Office of Government Ethics, has warned that President Donald Trump’s conflicts of interest could put America at the risk of becoming a “kleptocracy”: that is, a country led by corrupt leaders.

Shaub resigned recently, six months before his five-year term was set to end. Shaub had been clashing with President Donald Trump since the presidential transition. He was encouraging Trump to either sell his assets or put them in a blind trust. All previous modern presidents have done one or the other to avoid conflicts of interest. Trump did not. Instead, he turned his company over to his adult children and a long-time business partner. For Shaub, this continued to be an issue of concern.

In his resignation, Shaub offered a number of recommendations on how to revamp the U.S. federal ethics program, many of them being transparency initiatives.

However, from my perspective as a scholar who studies governmental transparency policies and their implementation, more rules without a strong leadership will not lead to much impact.

The Office of Government Ethics plays a role in presidential transitions as well. Among other things, the office identifies possible conflicts of interest for presidential nominees that need Senate approval.

In the case of President Trump, the concern is that he has not put his assets in a blind trust, or divested them. This implies he still knows what his assets are and therefore he could put his company’s interests before the country’s interests. Of course, this might never happen. But even the perception of such a conflict is a problem for many.

On Jan. 23, 1989, President George Bush at the swearing-in ceremony for members of the White House staff encouraged them to avoid even the perception of a conflict, when he stated:

“[O]ur actions must always be of the highest integrity. It’s not really very complicated. It’s a question of knowing right from wrong, avoiding conflicts of interest, bending over backwards to see that there’s not even a perception of conflict of interest.”

What is the role of transparency?

Shaub recommends that federal employees, including the president, disclose business liabilities and debts in entities they control. Currently federal employees are required to disclose only their personal debt. Shaub also recommends that men and women running for the presidency and vice presidency be required to disclose their tax returns and file them with the Federal Elections Commission and the Office of Government Ethics.

Promoting transparency of the executive branch ethics program is one of the Office of Government Ethics’ goals, and so it is no surprise that Shaub should make these recommendations. However, I argue that transparency and ethics are related but are two distinct concepts.

The fact is that the impact of transparency on important democratic accountability concepts, such as trust in government is unclear.

Why transparency is not enough

They found that greater transparency appeared to improve the quality of financial management and reduced levels of corruption. However, they found mixed results with respect to increasing trust, legitimacy and accountability of government.

In other words, greater transparency has a lot to offer but it is a not a cure-all.

The ethics literature reveals that effective ethics programs need formal rules and regulations, as well as leadership and training.

Federal employees are clearly influenced by the ethical standards set by their bosses. Good ethical leaders realize that their conduct and their words affect employee behavior.

In a classic piece on organizational ethics, management scholars Robert Ford and Woodrow Richardson concluded that top management influences the behavior of their employees by setting a strong example in what they say and how they act and by sanctioning employees who do not act appropriately.

Organizations have codes of ethics as part of their formal rules and regulations. These are referred to as external controls. Ford and Richardson found that codes of conduct are more effective if top management rewards people for following them or punishes them for not adhering to them.

Internal controls are individuals’ values and standards. These can be shaped through training and professional socialization. Law enforcement agencies have regular ethics training for their employees. The Office of Government Ethics itself holds training programs for ethics officers in the federal agencies and produces training resources for them. Individuals’ internal controls can be positively shaped by training supported by top management. Also, employees watching management’s positive ethical behavior may start to internalize the same values.

The point being that organizations, include the U.S. federal government, already have rules related to transparency and ethics. More rules, regulations and codes, such as those proposed by Shaub, will have limited effect without a strong push from the leadership to reinforce ethical norms.

In short, while Shaub’s recommendations deserve serious consideration and have the potential to improve the ethics program in the U.S. federal government, without consistent and strong leadership from the top – in this case the president – the impact of these reforms would be muted, at best.