'You know this is my country, right?': Man threatens to 'f*cking murder' white woman with 'Chinese eyes' 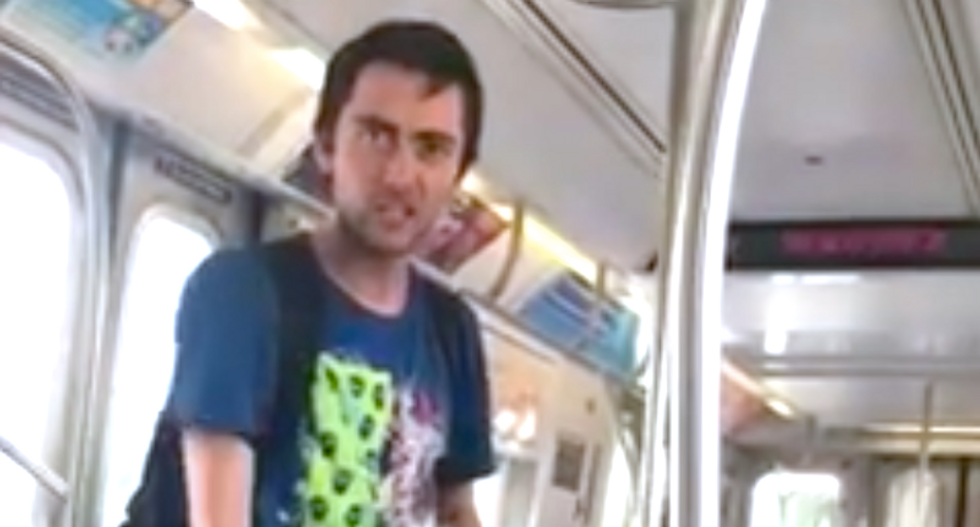 A man threatened to kill another passenger over her "Chinese eyes" in a racist subway rant caught on video.

The unidentified man approaches a woman sitting on the Q train in Brooklyn and begins yelling at her after she asked him to stop staring at her.

"Look at your f*cking eyes, you're f*cking Chinese," the man says, his own eyes darting. "Motherf*cker -- get the f*ck out of my country before I murder your whole f*cking nation."

The woman, who recorded video of the encounter, tells the man she's white and not Asian.

He carries on undeterred.

"You know this is my country, right?" he says, and then reveals what sounds like an Eastern European accent. "You’re in my f*cking property. You are my property. I have the right to f*cking murder your whole f*cking nation.”

The man pronounces "property" with a long O, as in professional.

The video ends after the woman threatens to call police if he doesn't get off at the next stop.