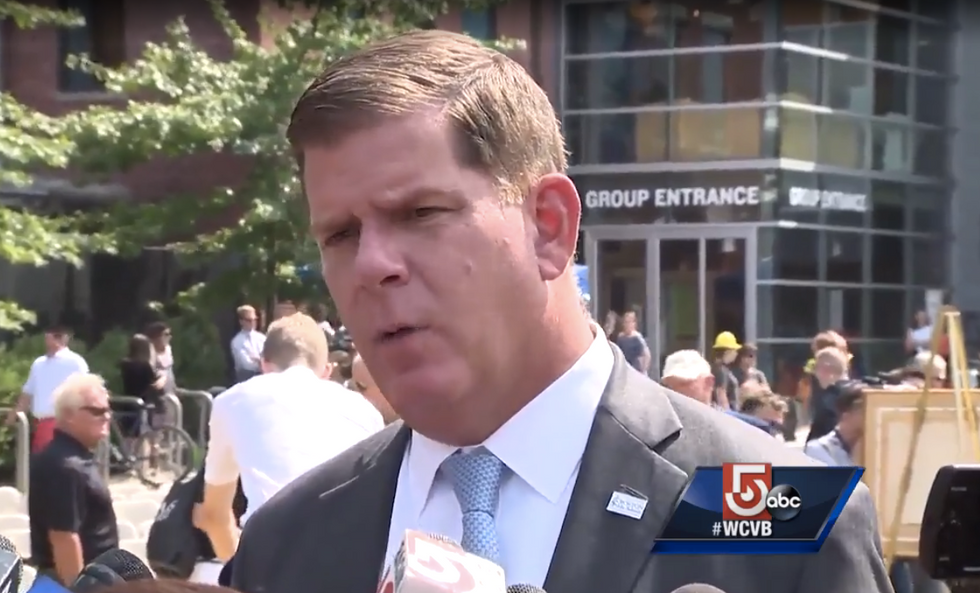 Boston's Mayor Marty Walsh said on Thursday that right-wing "free speech" activists planning a rally in his city on Saturday have as much right to speak their mind as anyone else, but that the city will have a "zero tolerance" policy for violence.

“I didn’t want them to get a permit, quite honestly, but we also believe in free speech in our country,” Walsh told reporters, according to WCVB Channel 5.

The group planning to rally on Boston Common this Saturday is known as Boston Free Speech and is a coalition of far-right organizations. Organizers of the rally insist that they're not affiliated with the alt-right, neo-Nazis or other groups that turned last Saturday's "Unite the Right" rally in Charlottesville, VA into a brutal melee that killed one and injured 20 others.

Thousands of counter-protesters are expected for Saturday's rally. The two groups will be separated by a police barrier. Rally-goers will not be allowed to carry backpacks, signs with sticks or anything else that can be used as a weapon.

"We'll see what happens Saturday when they get here," he concluded.