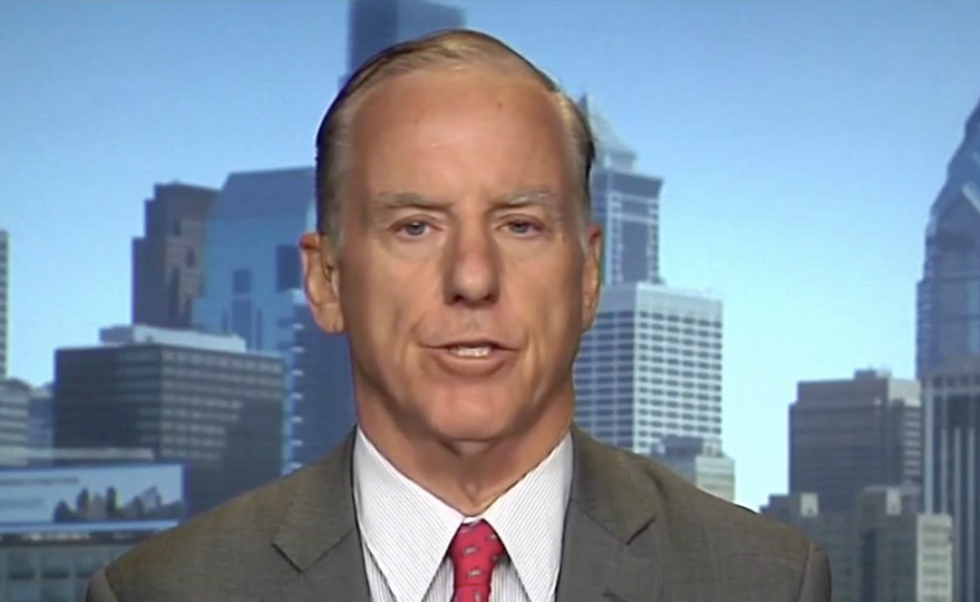 On Saturday, former Vermont Gov. Howard Dean (D) blasted President Donald Trump's commission to purportedly investigate U.S. "voter fraud" as "a committee of crackpots" that is actually less interested in electoral integrity than it is in suppression of votes by traditionally Democratic constituencies.

In an appearance on MSNBC, Dean said, "This is a committee of crackpots. I think Gardener is a crackpot, too."

He was referring to Bill Gardener, New Hampshire's Republican secretary of state, who is putting laws in place to prevent students from voting unless they have a New Hampshire driver's license. Dean said that's illegal. The Supreme Court has declared that students can legally vote wherever they are domiciled.

Gardener is a sitting member of Kobach's "vote fraud" committee, which went out of its way during formation to exclude Democrats and moderate Republicans.

Dean -- former head of the Democratic National Committee (DNC) -- said that New Hampshire should be stripped of its "fist in the nation" status in presidential primaries if its elected officials are going to suppress votes.

"These are dangerous crackpots that are undermining the right to vote and they are racists," he said on Saturday.