A historian explains how Robert E. Lee's ancestor planted the seeds of emancipation in the South 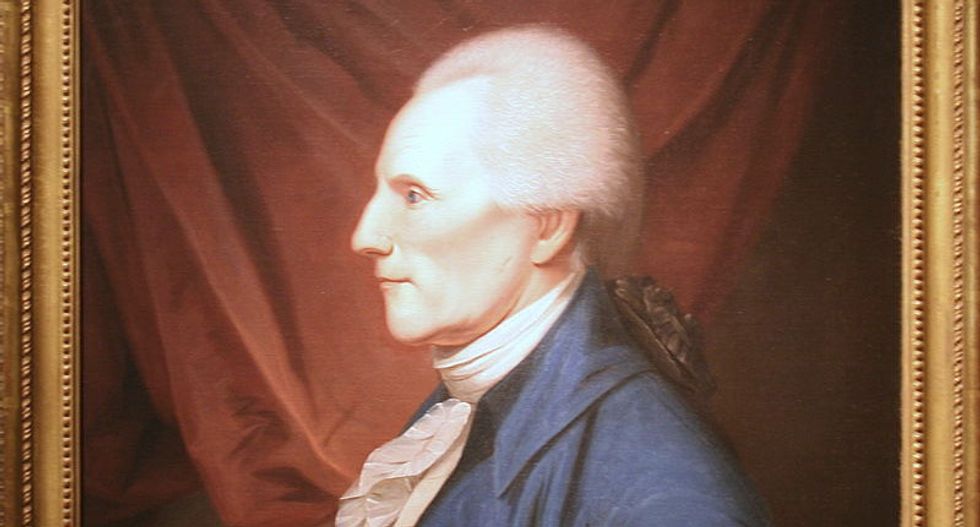 The furor that the Charlottesville, Virginia, riots engendered have cast a black mark on the name “Lee” and all but expunged from the national memory the huge contributions of the great Lee Family to the birth and survival of our nation. Long before Robert E. Lee—indeed, before Washington, Jefferson, Franklin or John Adams—there was Richard Henry Lee, our nation’s First Founding Father.

First of the Founding Fathers to call for independence, first to call for union, and first to call for a bill of rights, Richard Henry Lee was as much a Father of Our Country as George Washington. For it was Lee who masterminded the political and diplomatic victories that ensured Washington’s military victory in the Revolutionary War. And after the nation took shape, it was Lee—not James Madison—who conceived of the Bill of Rights our nation enjoys today.

Richard Henry Lee was a scion of one of Virginia’s—indeed, one of North America’s—wealthiest and most powerful families, a fabled dynasty akin to Europe’s Medici, Habsburgs, or Rothschilds. Needing nothing to fill his needs as a young adult, Richard Henry Lee chose public service—an avocation that became a lifelong commitment and turned him against his own class as he ran into government corruption and widespread deprivation of individual rights.

Richard Henry Lee’s conflicts with corrupt officials and petty tyrants metamorphosed into demands for individual liberties, human rights, and, eventually, American independence from Britain. As a fledgling member of Virginia’s legislature, he shocked the South by declaring blacks “entitled to liberty and freedom by the great law of nature” and planting the first seeds of emancipation in Virginia.

Twelve years before Britain’s colonies declared independence, Lee was first to threaten King George III with rebellion. Later, Lee worked with Boston’s firebrand activist Samuel Adams to organize the independence movement and bring colony leaders to Philadelphia for North America’s First Continental Congress. In 1775, Richard Henry Lee stood with Patrick Henry demanding war with Britain to obtain redress of American grievances against Parliament’s governing ministry. A year later, he invited his own execution on the gallows with a treasonous resolve before Congress “that these United Colonies are, and of right ought to be, free and independent States.”

Three weeks later, on July 2, Congress approved Lee’s resolution declaring independence from Britain—before Thomas Jefferson had even dipped his pen into his ink well. Newspapers sent the news streaming across the nation and the world, with banner headlines proclaiming America and her people free of British rule and hailing Richard Henry Lee as Father of American Independence.

A year later, when British troops seized the capital at Philadelphia, Lee rallied a band of twenty congressmen, led them westward to Lancaster, then York, Pennsylvania, and, while Washington held the remnants of his army together at Valley Forge, kept the remnants of Congress together and reestablished the fledgling American government. Assuming leadership as de facto chief executive, Richard Henry Lee ensured the new government’s survival, supervising military affairs, foreign affairs, and financial affairs and ensuring the needs of Washington’s army. John Adams called Lee the Cicero of the Revolution, in contrast to George Washington, the unquestioned Cincinnatus.

It remains the most ironic warp of the national memory, however, that the great Lee family name most Americans remember today is not Richard Henry Lee, but Robert E. Lee, who fought to divide the American people and shatter the union of American states that Richard Henry Lee, our First Founding Father, helped create.

Historian and presidential biographer Harlow Giles Unger is author of First Founding Father: Richard Henry Lee and the Call for American Independence (Da Capo Press, November 2017), one of more than twenty books he has written about the Founding Fathers and the early American republic.

This article was originally published at History News Network
Report typos and corrections to: corrections@rawstory.com.
Like this article ? Text `Support` to 50123 to donate.
READ COMMENTS - JOIN THE DISCUSSION

Madison Mayor Satya Rhodes-Conway, criticized the “unreasonable and ridiculous” attacks on American democracy from Republicans in the state Legislature as she called for federal action on voting rights during a virtual event hosted by the Center for American Progress, a nonprofit, progressive policy institute based in Washington, DC.

Rhodes-Conway appeared at the event with Houston Mayor Sylvester Turner and hosted by Patrick Gaspard, CEO for the Center for American Progress Action Fund to advocate for the passage of bills that would counteract attacks on elections from Republicans in Wisconsin, Texas and across the country arising from conspiracy theories surrounding the 2020 presidential election.