Al Franken: Being president is 'unbelievable pressure' and Trump is not 'equipped to handle the job' 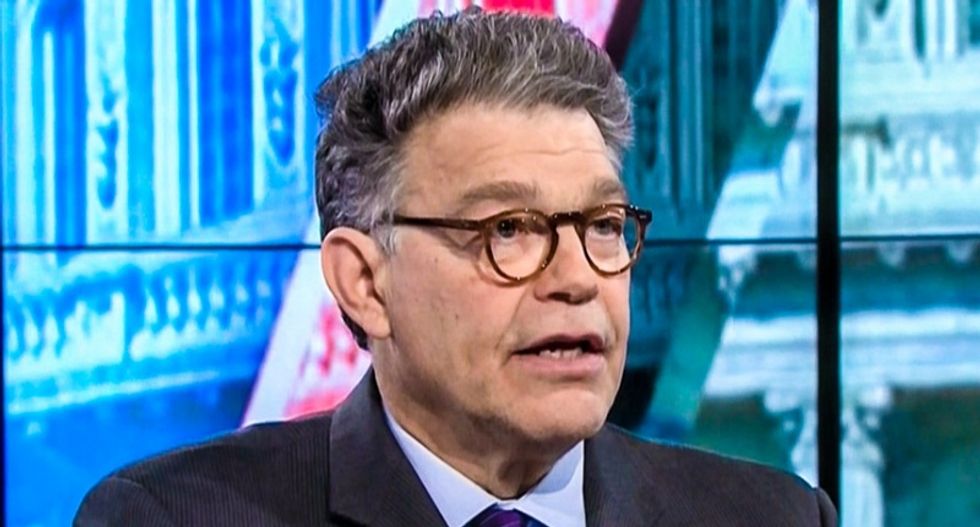 Sen. Al Franken (D-MN) said this week that he is not ready to jump into the 2020 presidential race because of the "unbelievable pressure" associated with the job, which he noted that President Donald Trump is not "equipped to handle."

In an interview with The Guardian that was published on Sunday, Franken did not completely rule out a 2020 bid.

"It’s very flattering," Franken explained, "but you know, I think the president should be someone who wants to be president [laughs]. As a senator, I’ve got a lot closer look at the presidency than I had as a comedian and it’s a really, really high pressured job, obviously."

The Minnesota Democrat acknowledged that being senator was "kind of a high pressure job too."

"But I think that the president, that’s a punishing, punishing job, and I’m glad there are people who’ve done it who I think were equipped to handle it," Franken pointed out. "I don’t think that this president really is. Maybe it’s not from lack of desire to want to be president."

He added: "But to me, you want someone there who can handle that unbelievable pressure day in day out and that’s not something I’ve wanted to do. This is enough."