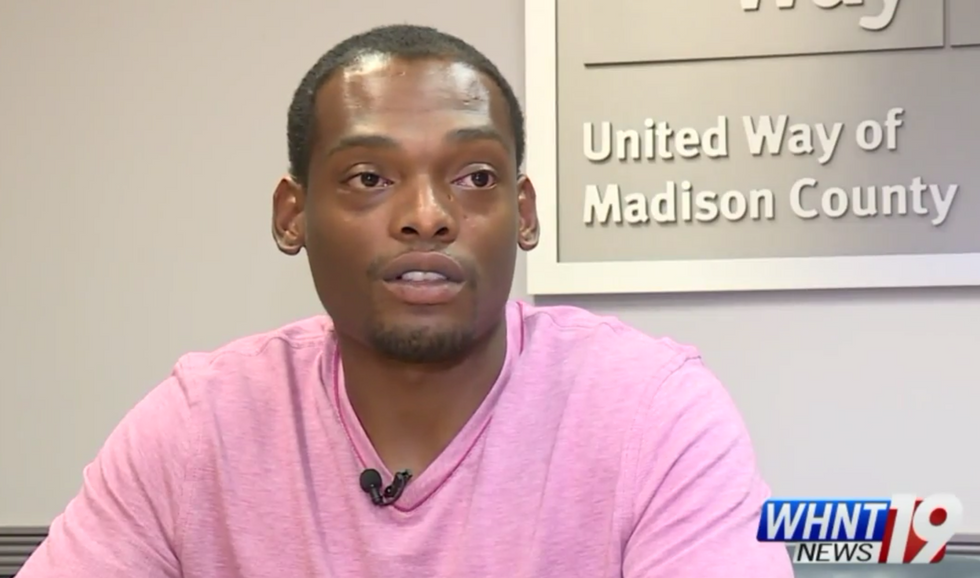 A black army reservist in Alabama was wrongfully arrested and charged because he happened to bear a resemblance to a burglary suspect -- and now he's going broke simply trying to clear his name.

Local news station WHNT reports that US Army reservist Steven McDowell "is in a time crunch to afford the expungement process fees so his once-clean record is not permanently stained with charges for crimes he never committed."

Police originally arrested and charged McDowell with two burglaries based on security camera footage that revealed a nearby burglar was a black man whose facial features were somewhat similar to McDowell's. However, McDowell's mother pointed out to officers some key differences between her son and the man in the footage, including a chicken pox scar that was not present on the burglar's face, as well as differences in the two men's nose structure and the space between their eyes.

"I looked at the picture and handed it right back to them cause it's like, how do you not know your own kid?" she told WHNT. "Like, why do you need to study a photograph to see is this really my kid? You know? No. It's not him."

Charges against McDowell were dropped in the wake of WHNT's investigation into his arrest, which raised major doubts about the legitimacy of the officers' case against him.

However, the station now reports that McDowell is running out of money paying the fees that come with trying to get the burglary charges expunged from his record.

McDowell must pay a total of $600 to get the two felony burglary charges dropped from his record, as well as $3,500 to pay off the bond that initially got him out of jail.