'All of this is about Jared': Morning Joe blames Kushner for Trump's 'legal hell' 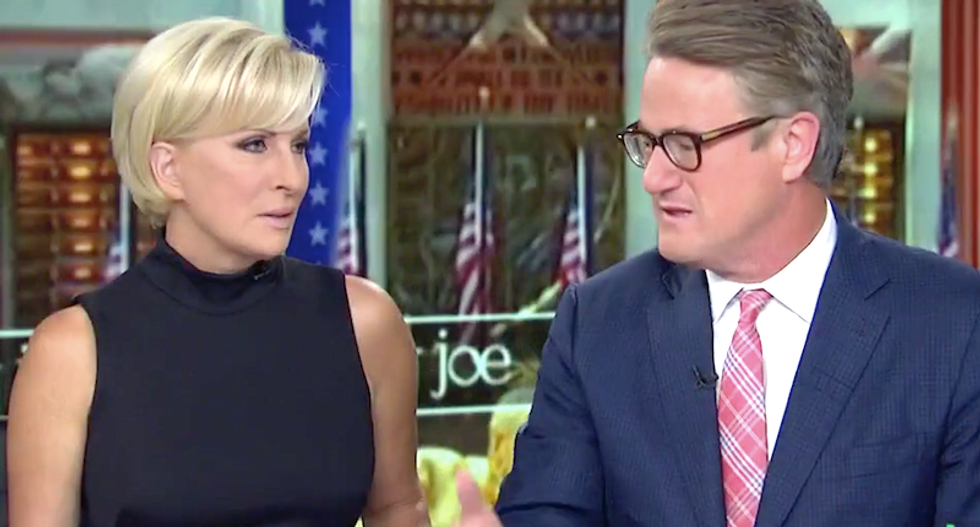 Jared Kushner is widely seen as the driving force behind Trump's decision to fire FBI director James Comey, and ousted White House strategist Steve Bannon said as much during an interview with CBS News.

"All of this is about Jared Kushner," Scarborough said. "When I say that, I'm saying Steve Bannon talking about Comey and saying that decision led to Mueller and is leading to all the problems Donald Trump has, is Steve Bannon saying, 'You should have listened to me instead of listening to the guy who is still in the White House. You listen to him and now you got this, you are trapped in this legal hell.'"

Trump's lawyers in the Russia probe wanted Kushner to step down as senior adviser over his foreign contacts during the campaign and transition, and his failure to disclose those meetings as required on security clearance forms.

"The only people who were for the firing of James Comey were Donald Trump and Jared Kushner," said the host of "Morning Joe."

Jim VandeHei, co-founder and CEO of Axios, said Comey's firing was the breaking point between Kushner and Bannon, who had clashed from the beginning -- and it placed top White House officials in possible legal jeopardy.

"Now you have Mueller, and not only that, you have Mueller looking at obstruction of justice around the firing of James Comey," VandeHei said. "It's one of the reasons Mike Pence hired a lawyer. It's the reason six or seven White House officials had to hire lawyers, because they were in and around conversations at that time. Maybe Donald Trump wasn't trying to cover something up by firing him, but there's so many conversations he had with people about the investigation around that time and his frustration with Comey. That's where Mueller is intensely focused at this moment. It could become really problematic, and that's what Bannon's fear was -- that it could end the presidency."