'Art of the Deal' ghostwriter: Trump would send his kids to prison to protect himself 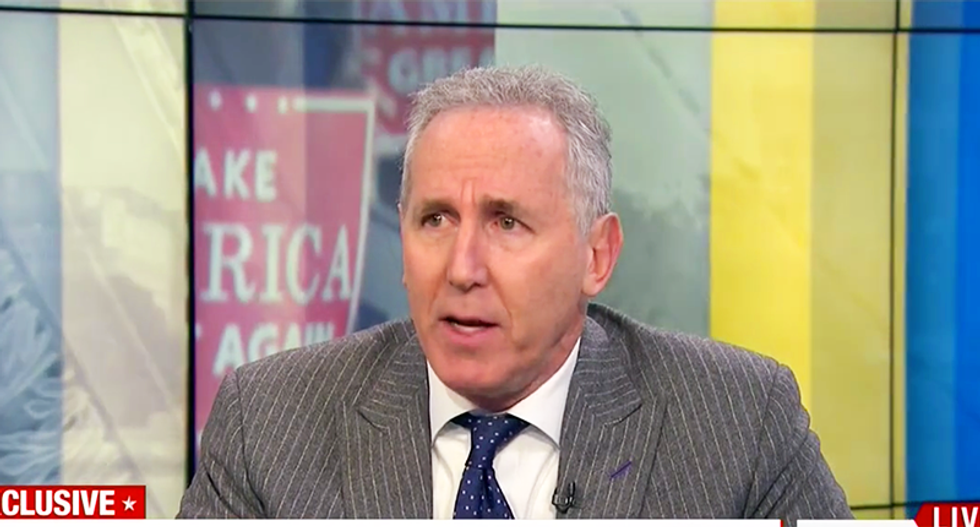 Tony Schwartz, Ghostwriter of The Art of The Deal (Photo: Screen capture)

The ghostwriter for Donald Trump's bestseller, Trump: Art of the Deal, predicted that the president would let his children go to jail to protect himself.

While speaking to a group at the University of Michigan on Sunday, Tony Schwartz shared some of his insights about Trump.

WYNC's Beth Fertig reported some of Schwartz's remarks on Twitter, including the assertion that Trump would forsake his children if it meant saving himself. Schwartz also observed that Trump's offspring suffered from "Stockholm Syndrome", making them complicit in his activities.

Trump's need for attention is like 'an addiction,' says @tonyschwartz and it's what makes him so scary @DailyAlumni #Dailyreunion2017
— Beth Fertig (@Beth Fertig) 1505659409.0

On Trump: 'He moves to grandiosity to protect himself from the awful feelings he has," @tonyschwartz @DailyAlumni #Dailyreunion2017
— Beth Fertig (@Beth Fertig) 1505662528.0