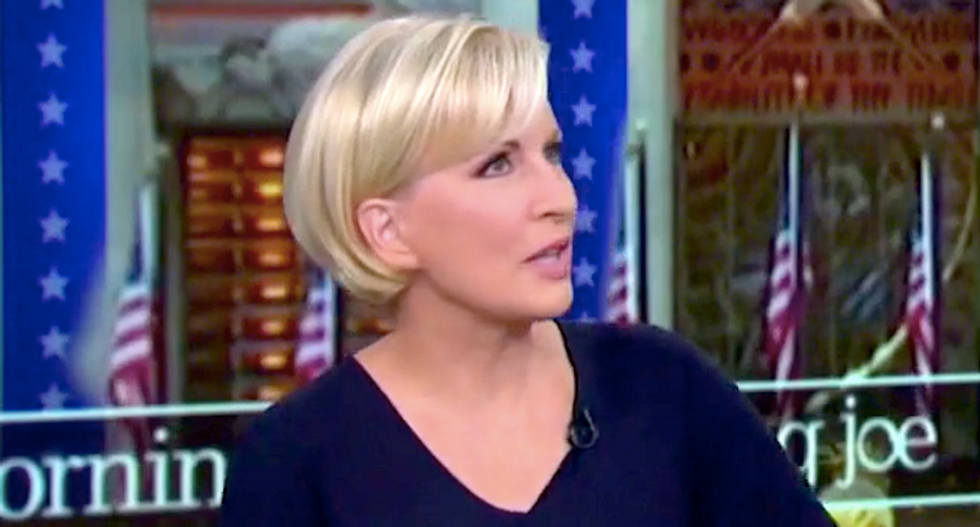 President Donald Trump spent the weekend sharing Twitter memes with supporters, including a video that appears to show him hitting his former rival with a golf ball -- which MSNBC's Mika Brzezinski said was wildly inappropriate.

The president has been relatively subdued on social media in recent weeks, which many observers suggest shows the influence of White House chief of staff John Kelly, who took over last month.

"Morning Joe" host Joe Scarborough suggested Trump might have been trying to please his base after negotiating with Democrats on immigration and the budget -- but Brzezinski said his tweets were indefensible.

"It's bad on so many levels, I couldn't think (of) one way in which anybody would be overreaching or getting over their skis saying this is just abominable, rude behavior," she said.

MSNBC contributor Donny Deutsch has repeatedly suggested on the show that Trump is suffering from mental illness or decline, and he said the president's social media behavior over the weekend was further evidence.

"To have the cognitive disability to tweet him hitting Hillary (Clinton) on the head with a golf ball -- you never let me diagnose, I understand, on this show -- but he's not a well guy," Deutsch said. "There's no other -- you do the dance and there is the presidential Tourette's (syndrome) -- nothing shocks us anymore."

"Well, we should be shocked," Brzezinski said.